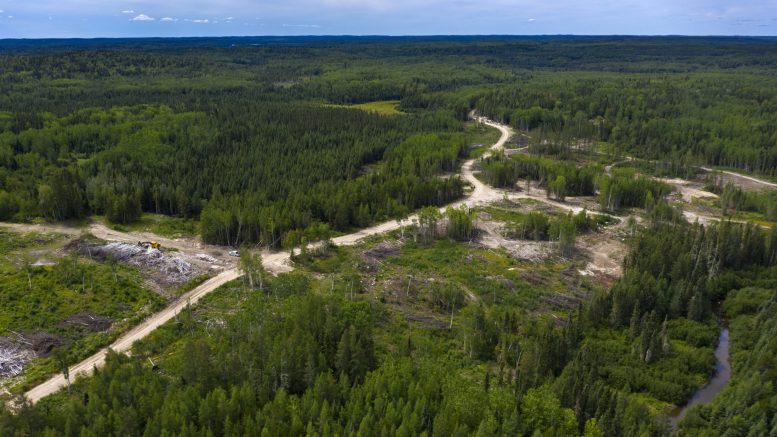 Kinross Gold (TSX: K; NYSE: KGC) is aiming to report an initial inferred resource for its recently acquired Great Bear (Dixie) project in Red Lake, Ont., by the end of the year. The gold miner, which paid $1.8 billion in cash and shares for Great Bear in a deal that closed in late February, plans to start a pre-feasibility study on the project in 2023.

With 10 drill rigs at work at Dixie, Kinross expects to complete about 200,000 metres of drilling focusing on the project’s LP Fault zone in 2022. In total, Kinross has budgeted about $75 million for the project’s activities this year, which includes preparatory steps for the pre-feasibility study, such as “critical field work including metallurgy, hydrology and geotechnical drilling and test work.”

The company also released drill results from the 60 holes drilled late last year and early 2022 at the LP Fault zone. These drills follow the roughly 340,000 metres of drilling conducted by Great Bear prior to the takeover.

Kinross announced its acquisition of Great Bear for its Dixie project in December. The project has been dubbed as one of the most important gold discoveries in Canada and has the potential to become a Tier One asset according to analysts.