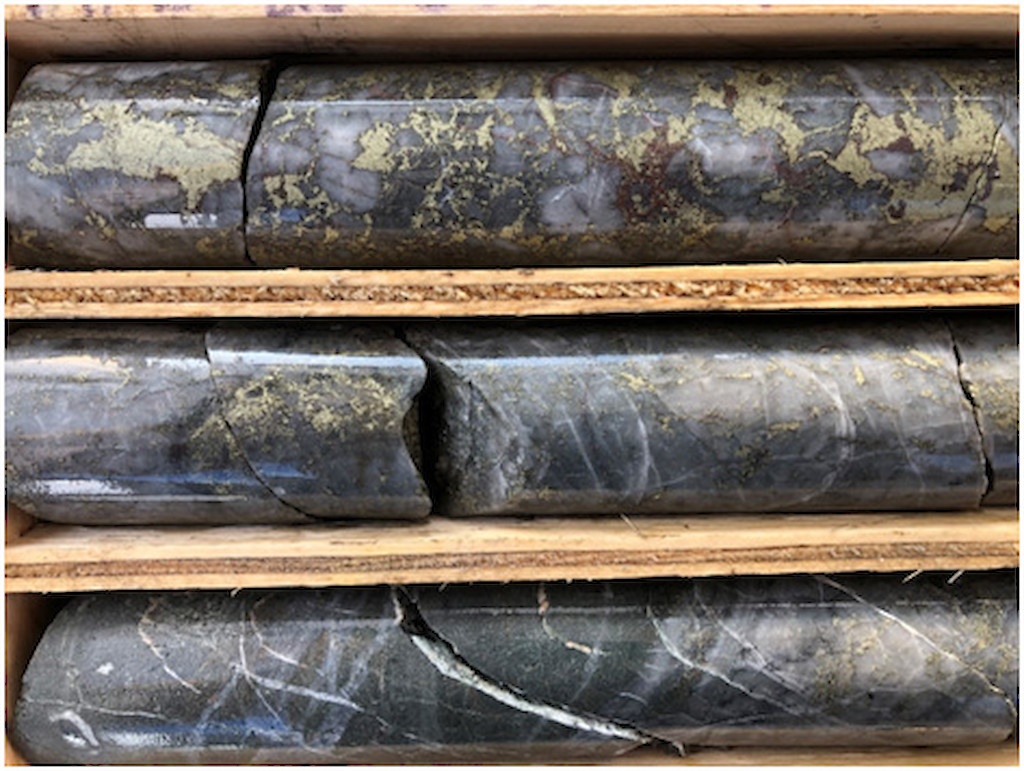 The Gate Zone was discovered in 2019, and the 2020 drill campaign extended the Gate Zone with a total of 6,698 metres drilled in nine holes.

Hole MPD 21-009 intersected the first high-grade bornite-dominated copper-gold-silver mineralization observed on the property, accompanied by strong, illite-kaolinite overprinting of potassic alteration. Alteration and mineralization suggest this is the highest temperature area of the Gate Zone porphyry copper system drilled to date, and may be located closer to a potential mineralization source than the original Gate Zone discovery area.

With over 15 drill holes completed by Kodiak to date, results suggest that the 1.2-km-long copper-in-soil target in this area is underlain by a significant copper-gold-silver porphyry system. Stepout drilling in the Gate Zone discovery area has intersected a significantly enriched copper-gold system over 800 metres of strike length, 350 metres width, and to 850 metres depth. Drilling continues to demonstrate excellent continuity of porphyry mineralization at the Gate Zone.

The company recently received an amendment to its current area-based exploration permit authorizing expanded exploration activity and multiple new drill sites to 2026. Drilling in 2021 will continue to focus on expanding the copper-gold mineralization at the Gate Zone through step-out drilling along the 3-km-long copper-in-soil anomaly. The 2021 drill program of up to 30,000 metres will also test additional analogous porphyry targets such as Dillard that demonstrate strong potential for similar copper-gold porphyry mineralization.