After completing and ramping up the #4 Shaft project at its Lucky Friday mine in Idaho, U.S.-focused silver and gold producer Hecla […]
By Canadian Mining Journal Staff April 8, 2021 At 1:58 pm 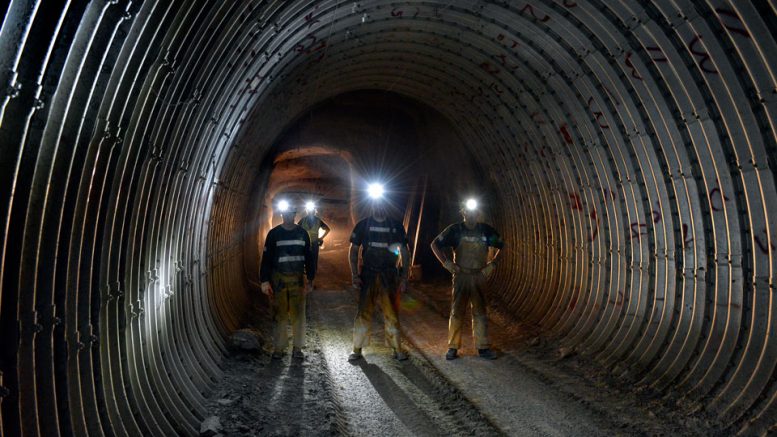 After completing and ramping up the #4 Shaft project at its Lucky Friday mine in Idaho, U.S.-focused silver and gold producer Hecla Mining (NYSE: HL) produced 3.5 million oz. of silver in the first quarter, a 7% and 11% increase over the first quarter of 2020 and the last three months of the year. Lucky Friday contributed 863,901 oz. of the precious metal between January and March, an 802% increase over the same period last year; the year-on-year change was also due to a three-year strike at the mine which ended in January 2020 and was followed by a ramp-up period.

The operational release notes that the underground mine reached full production in the fourth quarter and is expected to produce over 3 million oz. of silver this year (compared with 2 million oz. in 2020).

Phillips Baker, Jr., Hecla president and CEO, noted that strong mine performance, together with strong silver prices led to strong free cash flow generation for the company, which ended the period with over US$135 million in cash and an undrawn line of credit.

“Greens Creek, Lucky Friday and Casa Berardi all had strong operating performance which combined with current silver prices enabled us to close the quarter with more than US$135 million in cash,” Baker said in a release. “This is our fourth consecutive quarter of increasing cash balances, all attributable to free cash flow generation.”

Hecla’s Greens Creek underground mine in Alaska contributed 2.6 million oz. of silver and 13,266 gold oz. in the quarter while the Casa Berardi mine in Quebec generated 36,190 gold oz.

In Nevada, the company produced 2,548 gold oz. from processing a bulk sample at a third-party facility. The Fire Creek narrow vein mine is expected to be placed on care and maintenance in the second quarter of 2021.

The #4 Shaft project at Lucky Friday goes down to 9,600 feet below surface, and, according to Hecla, is expected to extend the mine’s life by 20 to 30 years. Lucky Friday started up in 1942.