Marathon Gold (TSX: MOZ) has received full authorization under the federal Fisheries Act for the Valentine gold project in central Newfoundland. The […]
By Marilyn Scales October 24, 2022 At 3:22 pm 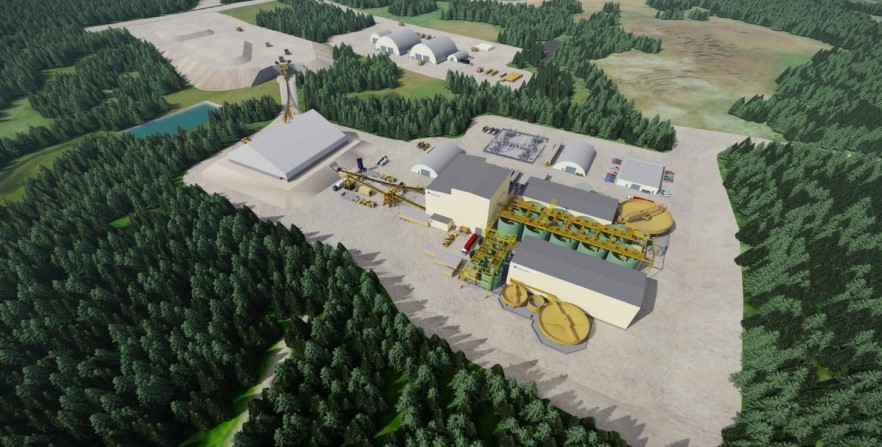 Marathon Gold (TSX: MOZ) has received full authorization under the federal Fisheries Act for the Valentine gold project in central Newfoundland. The company can now move forward with activities such as dewatering small freshwater ponds for open pit mine development, changes in water flow due to management activities on the site, and the placement of water intake and effluent pipes.

The approval also set out terms and conditions with which Marathon must comply. These include installation and maintenance of sediment and erosion control measures, relocation of fish through capture and release methods, and the implementation of best management practices and standards to avoid and mitigate impacts to fish and fish habitat. Additionally, avoidance and mitigation measures must be monitored and, if monitoring indicates that these are not successful at avoiding and mitigating impacts to fish and fish habitat, contingency measures must be put in place to prevent impacts greater than those covered by the authorization.

Notably, the authorization also includes approval to proceed with a proposed fish habitat offsetting project, which will involve the restoration of salmonid habitat in Victoria River impacted by previous logging activities in the area. Submerged pulpwood in the river will be removed to expose the original substrate, returning the spawning and nursery habitat to its pre-logging condition.

Marathon has begun early works development at the Valentine project, and president and CEO Matt Manson says mobilization is going well. Earlier this month, the company began the replacement of the bridge over the Victoria River. The new bridge will allow heavier loads to be moved to the project site and will provide a safer crossing for local residents and recreational users. Until the work is finished, the access route along the southern shore of Beothuk Lake will be closed, a period of five or six weeks.

The Valentine gold project includes five mineralized deposits along a 20-km system. An April 2021 feasibility study outlined an open pit mining and conventional milling operation with a 13-year mine life with a 31.5% after-tax rate of return.

More information about the Valentine project is posted on www.Marathon-Gold.com.