Mining companies operating in Mexico are showing concern, after the country’s government scrapped the mining sub-secretary post, one of the Ministry of […]
By Alisha Hiyate September 3, 2020 At 4:22 pm 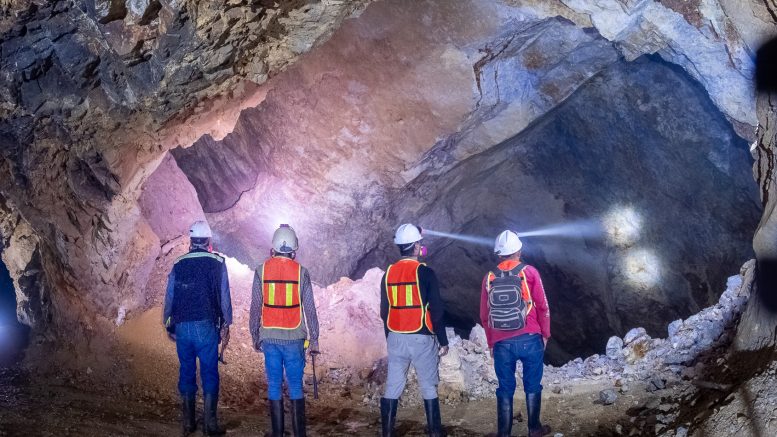 At Vizsla Resources' Panuco project in Sinaloa, Mexico. Credit: Vizsla Resources.[/caption] Mining companies operating in Mexico are showing concern, after the country’s government scrapped the mining sub-secretary post, one of the Ministry of Economy units, as part of a broader austerity drive on Tuesday. The move, said local mining groups that include industry chamber Camimex, will negatively impact the sector, which is already affected by COVID-19 measures and high numbers of cases and deaths from the virus. “As a mining country, Mexico cannot and should not lose such an important position in the federal government,” the organizations said in a statement published by the newspaper La Jornada. “(The sector) needs an institution that guarantees its governance, ensures proper administration of the nation’s natural resources and acts a bridge of communication between the different government entities that interact with our sector,” it said. Francisco Quiroga Fernández, who held the role until Sept. 1, won the industry’s trust after backing a successful campaign to secure the status of “essential activity” for mining amid the coronavirus pandemic. Quiroga’s intervention helped miners gain permission to resume activities by June, following a two-month suspension. He was also involved in setting health protocols in the sector to stop the spread of the virus. Quiroga also helped create a new registry to speed up the concessions process and supported the formation of a working group to address growing security concerns. Mexico’s decision to eliminate the mining undersecretary followed a presidential decree in April that set out austerity measures across government departments. The economy ministry, which oversaw the post, said the move will not impact its duties relating to the mining sector. “The cancellation of the role of the mining undersecretary does not imply any impact on the attributes, faculties and work the economy ministry carries out in terms of mining, through the mining department, development fund for mining production zones and the mining development department,” the ministry said in a statement. Mexico is the world’s top silver producer, responsible for nearly 23% of global output. Last year, it churned out more than 200 million oz. silver, up from 196.6 million oz. in 2018. The country also has major copper and zinc mines, operated by Grupo Mexico and Southern Copper, and produces a significant amount of gold, making the mining sector responsible for about 4% of the nation’s gross domestic product. This article first appeared on www.mining.com.