Anaconda Mining, with head offices in Toronto, has named former VP of technical services Gordana Slepcev as COO. She has an MSc […]
By Marilyn Scales May 25, 2017 At 4:17 pm 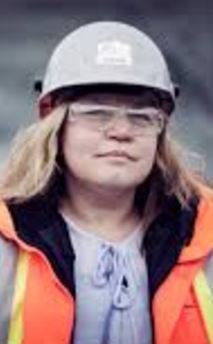 Gordana Slepcev is the new COO at Anaconda Mining. Gordana Slepcev is the new COO at Anaconda Mining.[/caption] Anaconda Mining, with head offices in Toronto, has named former VP of technical services Gordana Slepcev as COO. She has an MSc and a BSc in mining engineering from the University of Belgrade. Separately and for the second time, company president and CEO, Dustin Angelo, has made the list of Top 50 CEOs in Atlantic Canada, as selected by Atlantic Business Magazine. Matthew Hornor is the new president and CEO of Aurvista Gold Corp. in Montreal. He was recently a VP at Ivanhoe Mines. Montreal-based Falco Resources  has asked Chantal Sorel to join its board of directors. She is also managing director, capital at SNC-Lavalin. She is the holder of a degree in architecture from the Universite du Quebec a Montreal. Gary O’Connor is now co-CEO, chief geologist and a director at Moneta Porcupine Mines in Toronto. He is a Member of the Australasian Institute of Mining and Metallurgy (MAusIMM), a Fellow of the Society of Economic Geology, and holds a graduate degree in geology, geophysics and environmental studies from the University of Auckland. O'Connor was Vice-President of Dundee Resources from 2007 to present. Orezone Gold Corp. of Ottawa has asked former executive chairman Patrick Downey to become president and CEO of the company, replacing Ronald Little. Keith Peck will assume the role of chairman. Greg Gibson, CEO of Sprott Mining, has agreed to chair Resource Capital Gold Corp.’s technical committee, adding his underground technical expertise to the company’s decisions.