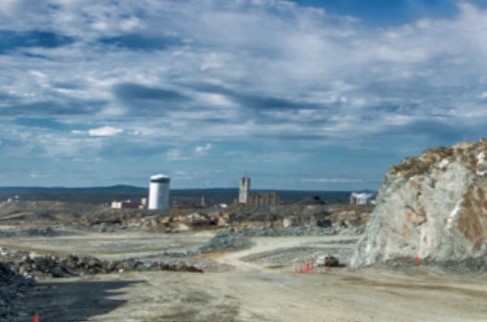 Newmont demonstrated its commitment to Northern Ontario with the announcement of a $160-million water treatment plant at Porcupine. Credit: Newmont

On Nov. 18, Newmont (TSX: NGT; NYSE: NEM) said it is making a $160-million investment into a new, state-of-the-art water treatment plant at its Porcupine operations near Timmins, Ont.

The water plant is to be completed by the end of this year and become operational in 2023. It will return up to 13 million m3 of treated, clean water to the Mattagami, Frederickhouse, and Upper Kapuskasing watersheds.

“Investments like the new water treatment plant that we are announcing today are only made possible by the steadfast commitments of our employees, all levels of government and our Indigenous communities and partners,” said Porcupine general manager Dawid Pretorius at the official announcement. “I would like to thank all involved for their dedication to upholding our reputation as an industry leader in safe, sustainable and responsible mining.”

Since 1910, the Porcupine mining district has produced more than 67 million oz. of gold. Newmont produces about 287,000 oz. of gold from its Porcupine mines in 2021. Proven and probable reserves at the end of last year contained 6.2 million oz. gold in 42.8 million tonnes grading 1.89 g/t gold. The company is now the largest employer in Timmins, providing more than 1,200 jobs for employees and contractors.

The official announcement was attended by Ontario Premier Doug Ford, MPP for Timmins and Minister of Mines George Pirie, Newmont senior VP for North America, representatives of many nearby Indigenous nations, and local dignitaries.

Learn more about the world’s largest gold producer at www.Newmont.com.