Newmont becomes sole owner of Yanacocha gold mine in Peru 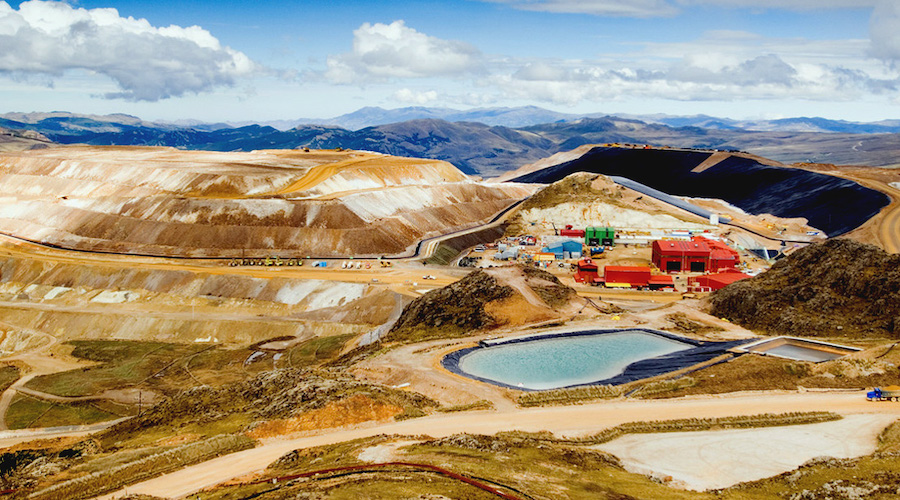 Newmont (NYSE: NEM) (TSX: NGT), the world’s no. 1 gold miner by output, is buying the 5% stake that Sumitomo Corp. has in the Yanacocha mine in Peru for US$48 million.

The deal makes of the Denver, Colorado-based company the sole owner and operator of the vast gold mine, located in northern Peru’s Cajamarca region.

Newmont had announced in February that it was acquiring partner Buenaventura’s 43.65% interest in Yanacocha, in a transaction valued at US$300 million.

Buying Buenaventura and Sumitomo stakes in the asset is consistent with Newmont’s district consolidation strategy, the company said.

Yanacocha is South America’s largest gold mine, producing about 350,000 ounces of the precious metal a year. The company is advancing a feasibility study for what it calls the “Yanacocha sulphides” project, which would extend the mine life beyond 2040.

As the oxide resources of the open pit Yanacocha mine are close to being depleted, the project is designed to continue mining sulfide material underground.

The first phase focuses on developing the Yanacocha Verde and Chaquicocha deposits to extend operations beyond 2040. The second and third phases, Palmer said, have the potential to extend the mine life for “multiple decades.”

One of Peru's top mining projects

Newmont had said the sulfides project is one of the most important ones planned in Peru for the next five years.

“We’ve been in Peru for 30 years. The Yanacocha Sulphides project will ultimately position us to be in Peru for at least another 30 or 40 years,” chief executive Tom Palmer said in an investors update last year.

The company says Yanacocha has provided over US$1 billion in environmental and social responsibility projects since it started operations in the 1990s.

About two-thirds of the mine’s revenue is ploughed back into the local economy in wages, taxes, goods and services, as the operation employs 1,400 workers directly and supports a further 40,000 Peruvian jobs. Two-thirds of workers at the mine are residents of Cajamarca.