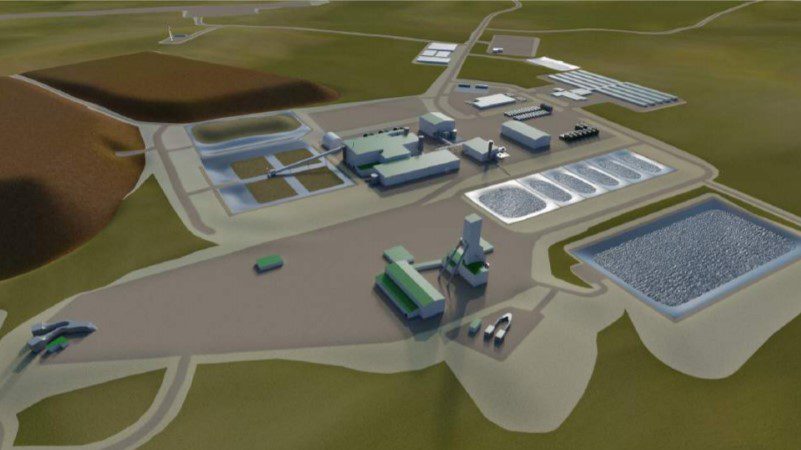 Rendering of the surface facilities for the Rook I uranium project. Credit: NexGen Energy.

NexGen Energy (TSX: AM; NYSE: NXE) recently signed two benefit agreements with First Nations affected by the proposed development of its Rook I uranium project near the southwest rim of the Athabasca Basin in Saskatchewan.

The agreements formalized the negotiations with both communities to identify potential impacts to treaty rights and socio-economic interests. NexGen said in a release that the agreements “do not abrogate, extinguish or constitute the abandonment of any existing Aboriginal, inherent or treaty rights the Nations may have.”

Development of the Rook I project will begin with the Arrow uranium deposit. NexGen released the feasibility study in February, based on a uranium oxide price of US$50 per lb. It estimated an after-tax net present value (8% discount) of $3.47 billion, an after-tax internal rate of return at 52.4%, and an after-tax payback period of 0.9 year. A total initial capital cost of $1.3 billion will create a mine and plant capable of producing 28.8 million lb. uranium oxide in each of the first five years.

With a mine life of 10.7 years, the Arrow deposit will provide a feed grade of 2.37% uranium oxide to a 1,300-t/d processing plant. There are 2.2 million measured and indicated tonnes of resources grading 4.35% and containing 256.7 million lb. of uranium oxide.