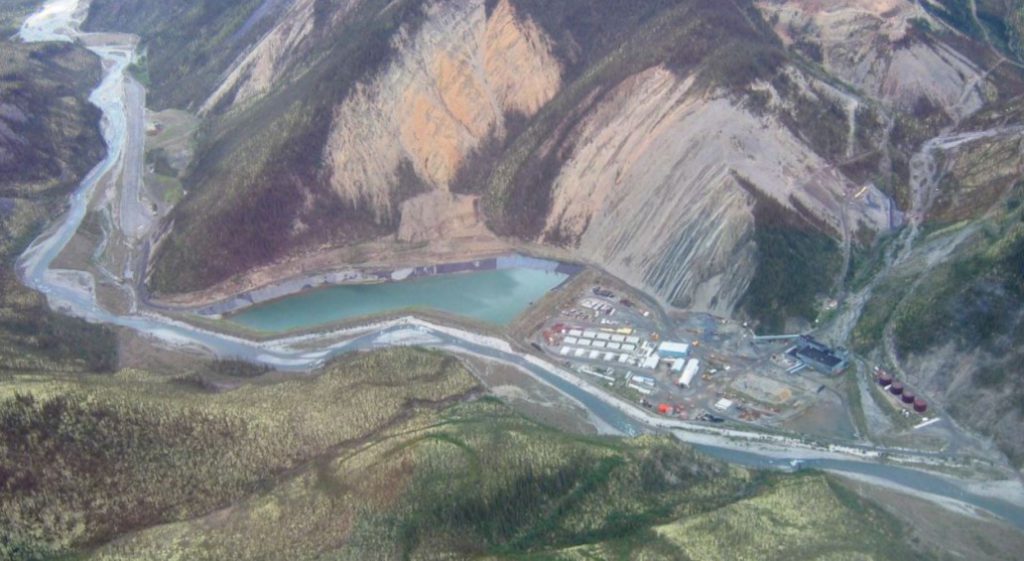 The Prairie Creek zinc-silver-lead mine site in NWT. Credit: NorZinc.

NorZinc Ltd. (TSX: NZC; OTC: NORZF) has released a new, positive preliminary economic assessment (PEA) for its 100%-owned Prairie Creek zinc-lead-silver project 200 km west of Fort Simpson in the Northwest Territories. The PEA uses an updated resource estimate, a higher mining rate of 2,400 t/d, and a mine plan with a life 20.3 years. Initial capex is pegged at US$368 million.

The PEA outlines a majorly de-risked project with world class potential, says NorZinc. The after-tax net present value with an 8% discount is US$299 million and an after-tax internal rate of return of 17.7%.

With an initial capex of US$368 million (including US$35 million contingency), the study outlines total direct costs of US$251 million (mining US$51 million, site preparation US$1 million, processing plant US$41 million, paste tailings plant US$28 million, surface infrastructure US$41 million, and all-season road US$89 million). There are also indirect costs and owner’s costs totalling US$82 million.

The Prairie Creek mine would have a life of 20.3 years with a payback of 4.8 years. Average annual payable production would be 2.6 million oz. of silver, 122 million lb. of zinc, and 101 million lb. of lead. Sustaining and closure costs are pegged at US$332 million.

NorZinc said it is beginning work on the feasibility study immediately to examine ways to improve capital and operating costs. Talks are underway for concentrate offtake agreements.

Mine operating permits were received from the MacKenzie Valley Land and Water Board in 2013 and renewed in 2020. Modifications have been made to the application to reflect the higher mining rate, but the final permits are expected by the end of March 2022.

Additional details from the PEA are available on www.NorZinc.com.