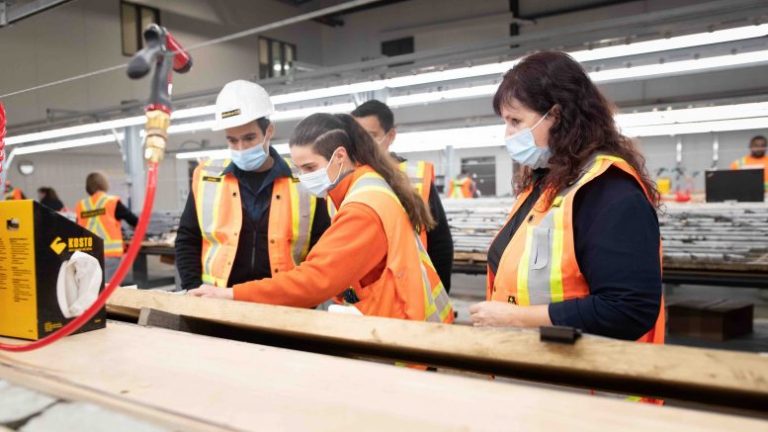 O3 Mining (TSXV: OIII; OTC: OIIIF) has completed a pre-feasibility study for its 100% owned Marban gold project, demonstrating its potential to become the next gold producer in the mining region of Val-d'Or, Que.

The PFS, prepared in accordance with NI 43-101 standards, showed robust project economics including a post-tax net present value (at 5% discount rate) of $463 million and post-tax internal rate of return of 23.2%. The report assumes a long-term gold price of US$1,700/oz, and an exchange rate of C$1.00:US$0.77.

It also showed increased annual production, from 115,000 oz. of gold as shown in the 2020 preliminary economic assessment (PEA) to 161,000 oz. This is supported by a 50% increase in mill throughput, 15% increase in peak mine rate, lower cut-off grade of 0.30 g/t gold, lower strip ratio of 5.1 and increased gold recovery in the plant.

The PFS indicated a competitive all-in-sustaining cost of US$882/oz., for a post-tax payback of 3.5 years with $760 million free cash flow over a 10-year mine life.

"We are pleased with the results of our PFS for the Marban engineering project, which demonstrates the potential to be the next gold producer in the Abitibi region in Val-d'Or, Que., the next step in delivering on our promise to be in production by 2026," Jose Vizquerra, O3 Mining's president and CEO, commented.

"With robust economics, Marban has shown itself to be a profitable standalone project," Vizquerra said, adding that the PFS was a "key achievement" in an inflationary environment in which mining companies are seeing higher cost increases.

The Marban project is located between the cities of Malartic and Val d'Or in the Abitibi gold district of Quebec. The project area contains six past-producing mines, which collectively produced 585,000 oz. of gold between 1959 and 1992. The land package owned by O3 Mining, in the heart of these mining camps, covers 125 km2 and is located 12 km from the Canadian Malartic mine and along the same shear structure as Wesdome's Kiena deposit.

Earlier this year, O3 updated the Marban resource using results of more than 500,000 metres of drilling, highlighting a total of 67.7 million tonnes in measured and indicated (M+I) resources at an average gold grade of 1.09 g/t, for 2.4 million oz. of contained gold.