Osisko Development (TSX.V: ODV) has announced new high-grade intercepts from its 200,000-metre drill program at its Cariboo gold project near the town […]
By Canadian Mining Journal Staff July 6, 2021 At 3:34 pm 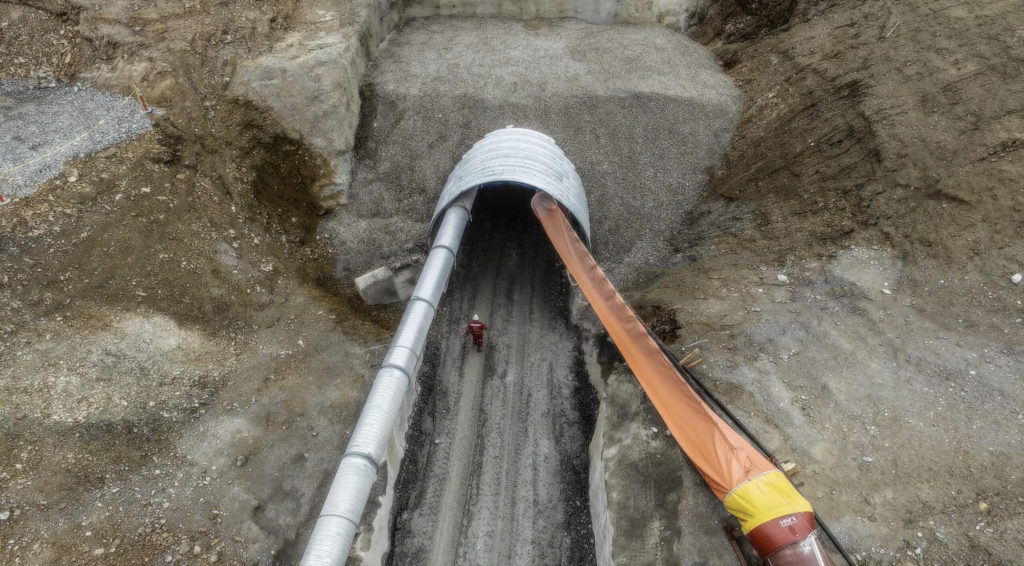 Osisko Development (TSX.V: ODV) has announced new high-grade intercepts from its 200,000-metre drill program at its Cariboo gold project near the town of Wells in central British Columbia.

Drilling highlights include an 11-metre interval of 35.25 g/t gold in hole IM-21-024 at Mosquito Creek in a silicified to calcareous sandstone unit, with 5% pyrite hosted in axial planar veins and intersected by fault structures. In the Shaft Zone, a recent highlight was hole IM-21-035, which intersected 6.2 metres of 18.8 g/t gold, including multiple high-grade intercepts such as 0.7 metre of 102 g/t gold – this is in a mineralized vein corridor with replacement mineralization.

True widths are estimated to be 60% to 75% of reported core length intervals. Intervals not recovered by drilling were assigned zero grade. Top cuts have not been applied to high grade assays.

A total of 10 diamond drill rigs are currently active on the project. Thus far in 2021, 41,000 metres have been drilled in 134 holes at Island Mountain, which encompasses both the Mosquito Creek and Shaft Zone deposits in the Cariboo project. The drill campaign is aimed at both exploration and upgrading existing resources.

Mineralized quartz veins on Cariboo overall have a sub-vertical dip and northeast strike. A vein corridor is defined as a high-density network of mineralized quartz veins within the axis of the last folding event, and two vein corridors are hosted within a brittle meta-sandstone or calcareous meta-sandstone. Vein corridors are modelled at a minimum thickness of 2 metres and average about 4.5 metres true width. Individual mineralized veins within these corridors have widths varying from centimetres to several metres and strike lengths from a few metres to over 50 metres.

These corridors have been defined from surface to a vertical depth averaging 300 metres and remain open for expansion at depth and along strike. Gold grades are intimately associated with quartz vein-hosted pyrite as well as pyritic, intensely silicified wall rock haloes in close proximity to the veins.

Further details including maps locating the drilling can be found at osiskodev.com.