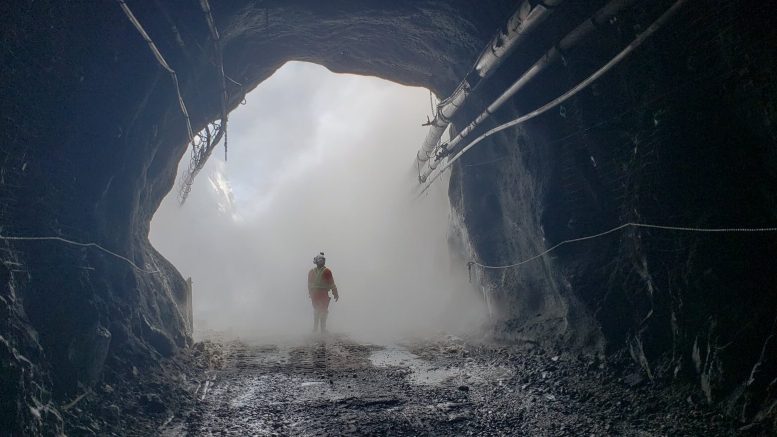 A preliminary economic assessment (PEA) on Osisko Mining’s (TSX: OSK) Windfall project in Quebec’s James Bay region outlines a 3,100 t/d two-ramp underground mine with a process facility that would produce an average of 238,000 gold oz. a year over an 18-year life. The gold development company is targeting first production from the gold deposit by 2024.

In its first seven years, Windfall would generate an average of 300,000 gold oz. annually at all-in sustaining costs of US$610 per oz., producing a peak of 328,000 oz. in year six. Based on an initial capital outlay of $544 million that includes contingency, the after-tax net present value estimate for the project comes in at $1.5 billion, using a 5% discount rate and US$1,500 per oz. gold, with a 39.3% internal rate of return and a 2.2-year payback.

“The sum of our work to date outlines the very strong base-case for a significant and highly profitable new gold mine in Québec,” John Burzynski, Osisko Mining CEO, said in a release, adding that Osisko believes the “highly positive PEA is conservative.”

Burzynski outlines potential upside to the economic scenario from the inclusion of high-grade infill results received since the November 2020 cut-off for the February 2021 resource update and from upgrades of inferred resource ounces to the measured and indicated categories.

In its corporate presentation, Osisko notes that, if developed, Windfall’s gold output would place it in the top 10 largest gold mines both in Canada and the U.S.

The mine plan includes the Lynx, Main and Underdog zones that would be extracted through longhole open stoping with longitudinal retreat. Process plant design includes crushing and grinding with a gravity circuit and cyanide leaching with bullion bars produced on site.

Over the next year, in addition to drilling, the developer plans to focus on securing project financing and advancing a definitive feasibility study for Windfall. In March, Osisko announced that an underground exploration ramp at Windfall reached a vertical depth of 500 metres with a total of over 8.5 km of underground decline developed at the site. The development is advancing towards the Triple Lynx zone, at a depth of 600 metres, to collect a third bulk sample. After receiving the required permits, a test stope is also planned for the Lynx zone to verify grades for the feasibility.

Windfall lies between Val-d’Or and Chibougamau in Quebec’s Abitibi region.