The government of Panama set on Monday a deadline for Canada’s First Quantum Minerals (TSX: FM) to ink a long-awaited contract that […]
By Cecilia Jamasmie November 14, 2022 At 2:05 pm 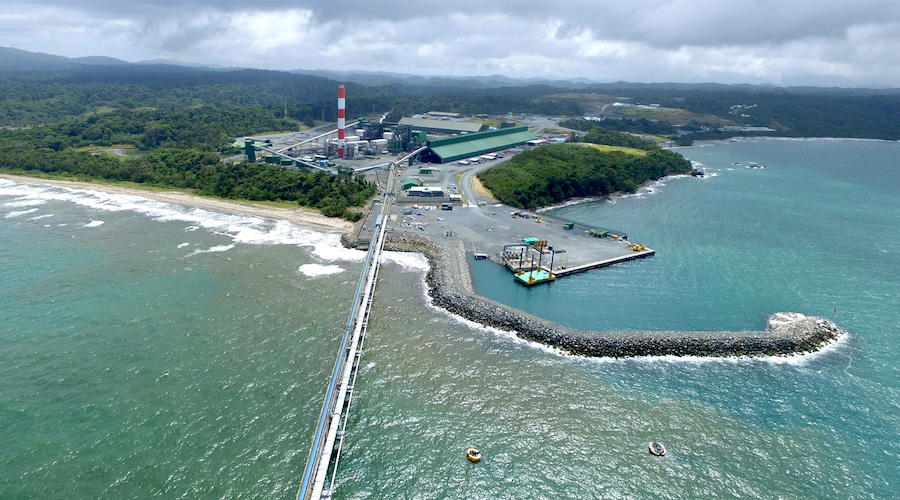 The government of Panama set on Monday a deadline for Canada’s First Quantum Minerals (TSX: FM) to ink a long-awaited contract that allows the company to keep running its flagship Cobre Panama copper mine.

The Vancouver-based miner has been waiting for the document since September 2021, when it began negotiations with the Ministry of Commerce and Industries of Panama to renew the contract for the mine.

The end of the hold off seemed very near in January, when First Quantum agreed to up its royalty payments for the giant Cobre Panama copper mine to $375 million a year.

As part of that deal, the miner also accepted to give the government between 12% and 16% of its gross profit, which would replace the previous 2% revenue royalty.

First Quantum agreed as well to start paying 25% corporation tax, from which it was previously exempted until its investments at the mine were recovered.

Ten months later, the new contract has yet to be completed, minister Federico Alfaro said, adding that the government has set Dec. 14, 2022 as the deadline for the parties to finish the deal.

"The future of Cobre Panama is critical to the people of Panama, its workers, and to First Quantum,”  he said in a statement. “We had a serious and frank conversation with First Quantum (and) we were very clear about the required path forward for the execution of the contract,” Alfaro added.

“We must be ready for any scenario, including the possibility that the final contract is not signed,” Alfaro said in October.

Half of First Quantum output on the table

Cobre Panama, which began operations in 2019, is estimated to hold 3.1 billion tonnes in proven and probable reserves. It has generated some $6.7 billion in private investment, and includes two open pits, a processing facility, two power plants and a port.

The mine complex, located about 120 km west of Panama City and 20 km from the Atlantic coast, contributes 3.5% of the Central American country’s gross domestic product, according to government figures.

It originally was designed to produce about 300,000 tonnes of copper per year at full capacity, but last year it generated 331,000 tonnes of the orange metal.

Mining at Cobre Panama has continued during the process and the mine is expected to account for almost 50% of First Quantum’s total copper and gold output this year.