The most recent resource update from Quebec-focused junior QMX Gold includes meaningful resource growth across all categories and adds an initial underground […]
By Canadian Mining Journal Staff December 3, 2020 At 1:10 pm 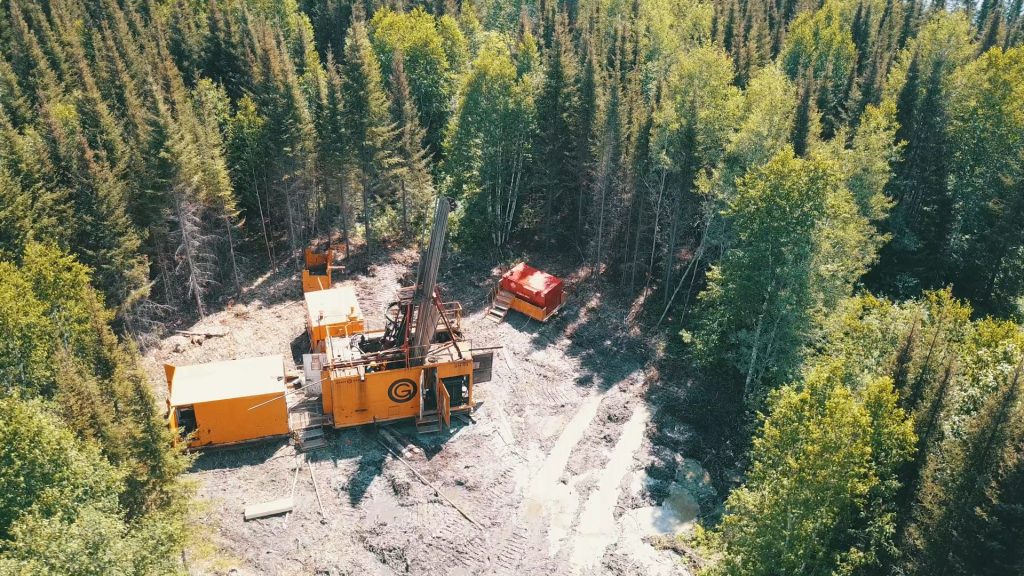 The most recent resource update from Quebec-focused junior QMX Gold includes meaningful resource growth across all categories and adds an initial underground resource at the 200-sq.-km Bonnefond property in the Val d’Or mining camp.

These latest numbers feature a 53% increase in ounces in the indicated category and a 100% increase in inferred ounces when compared with the initial open pit resource estimate from last year. Open pit resources are defined using a 0.6 g/t gold cut-off; the underground resource cut-off ranges from 2.7 g/t gold to 3.4 g/t gold.

In order to define the updated resource, the company drilled 27,000 metres at Bonnefond, which includes 7,700 metres of infill drilling to upgrade resources and 19,300 metres under the conceptual pit outlined last year.

This drilling led to an improved geological and structural model for the deposit, and established that the shear zone that extends through the tonalite intrusive creates large dipping mineralized envelopes. As a result, QMX defined new higher-grade continuous zones and opened up a target zone between 350 and 1,000 metres depth, based on mineralization in parts of the shear zones south of the intrusive.

“The QMX exploration team continues to build on its successes, not only reporting more than a 50% increase in resources in the indicated category and 100% increase in the inferred category, in this interim update at Bonnefond , but also demonstrated the underground resource potential below the pit shell,” Brad Humphrey president and CEO of QMX Gold, said in a release. “Drilling in 2020 set out considerable upside potential down to 1,000 metre depth and, I believe, our team will continue to build out the underground potential for some time to come.”

Andreas Rompel, the company’s VP of exploration, added that the underground resource addition is the result of a successful drilling campaign within shear zones cross-cutting the tonalite intrusive. The upcoming drill campaign will aim to grow the resource base.

Drilling at the site is ongoing with three rigs. Results are pending for 10,000 metres completed in the northern part of the property; a 5,500-metre program is also underway south of the Bonnefond deposit.

Preparations are underway for the winter drill program, which will be focused on the East zone, around the Bevcon intrusive – up to seven rigs are scheduled to complete 35,000 metres over the winter.