OTTAWA – Canada’s national association for miners, the Mining Association of Canada (MAC), is weighing in on the federal government’s decision to […]
By Alisha Hiyate August 20, 2020 At 1:39 pm 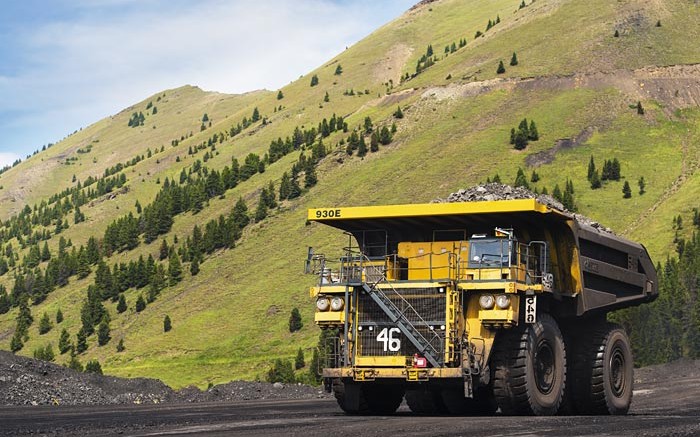 Teck's Fording River metallurgical coal operation in B.C. Credit: Teck Resources[/caption] OTTAWA – Canada's national association for miners, the Mining Association of Canada (MAC), is weighing in on the federal government's decision to review Teck Resources' proposed Castle Mountain metallurgical coal project in B.C., saying the additional review is unnecessary as the project is already undergoing a rigorous provincial environmental review process, and accusing the government of making a political decision. "We are very disheartened by the federal government's decision on the Castle project given the expansion fell well below the threshold to being subject to the Impact Assessment Act (IAA)," said Pierre Gratton, president and CEO of MAC. "This decision certainly has the potential to lead to longer timelines at a time of unprecedented global economic uncertainty." He added: "It seems clear that this decision was political in nature as there are many projects across the country with equal or more significant impacts that are not subject to the IAA. This is a case of the government succumbing to pressure from political interest groups while also placating the U.S. government's EPA and the state of Montana." The Castle project is adjacent to and just south of Teck's Fording River coal operations, in the East Kootenay Region of southeast B.C. The expansion would extend the life of the operations by several decades. If development proceeds, Castle would provide all production at Fording River by the early 2030s. The project would increase the area of mining operations by 36%, and have a production capacity of 27,400 t/d. Teck plans to begin preconstruction activities in 2023, with production starting in 2026. In his decision issued on Aug. 19, Minister of Environment and Climate Change Jonathan Wilkinson said he considered the potential for the project to cause adverse effects within federal jurisdiction, public concerns about those effects, and adverse impacts on Aboriginal and Treaty rights, as well as an analysis by the Impact Assessment Agency of Canada. The minister's statement said that while the expanded area of mining operations in the proposal is below the 50% threshold for the project to be designated under the IAA, the total coal production would be well above the coal production capacity threshold of 5,000 t/d described in the regulation. In a statement to CMJ, Teck spokesman Chad Pederson called the decision “unfortunate,” and said the project was already proceeding through a rigorous provincial environmental review process. "We will work with the BC Environmental Assessment Office and the Impact Assessment Agency of Canada to ensure a co-ordinated review and seek to avoid duplication. We are hopeful that the Impact Assessment Agency of Canada will focus on a timely assessment that is fair and efficient," he added. Pederson also said that, as part of the Fording River operations, Castle is needed to maintain jobs and economic activity associated with the project, and that the company is committed to working with local communities and Indigenous groups on environmental protection. For more information on Castle, visit teck.com.