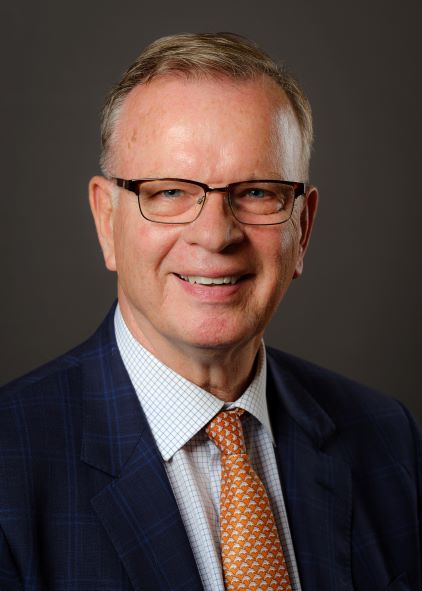 Bruce Ralston, B.C. Minister of Energy, Mines and Petroleum Credit: B.C. government[/caption] Newly appointed B.C. Mines Minister Bruce Ralston says all 25 of the province’s Mining Jobs Task Force recommendations, intended both to speed up the permitting process and to strengthen oversight of the mining industry, will be implemented by the end of the year. The task force was initiated by previous Mines Minister Michelle Mungall in the wake of the Mount Polley tailings disaster and issued its report in 2018. “The task force came back with 25 recommendations, 17 have been implemented already and all of them have been accepted,” Ralston told CMJ on B.C. Mining Day, ahead of meetings with a number of industry leaders. Another five recommendations are set to be in place by the end of March. Not only has the government acted quickly on the recommendations, but the task force itself also completed its work quickly. “It was only eight months from start to finish,” Ralston noted. “I talked to some of the industry and government people involved and everyone agreed that people really did drop some of the traditional frictions and focus on the future of the industry.” Previously the minister of Jobs, Trade and Technology, Ralston was appointed minister of Energy, Mines and Petroleum Resources by B.C. Premier John Horgan in late January. In his recent mandate letter from the premier, Ralston was directed to prioritize work on regulatory efficiency initiatives, with a focus on expedited permitting processes and reconciliation in the mining sector. Ralston was also mandated to further connect the technology and innovation sector with industries, such as mining, and to showcase made-in-B.C. technologies that are contributing to industrial competitiveness or helping to reduce greenhouse gas emissions. The B.C. government’s 2019 budget set aside $20 million over three years to implement the Mining Task Force recommendations. One major recommendation that has been implemented is the separation of mining enforcement from permitting of mining operations. Last year, the government created a Mines Health, Safety and Enforcement Division separate and independent from the new Mines Competitiveness and Authorizations Division, which is focused on permitting and attracting new investment to B.C.’s mining sector. The New Democratic Party-led government has also made two mining tax credits (Mining Exploration Tax Credit and the Mining Flow-Through Share tax credits) that previously were renewed every five years, permanent. It's also provided $1 million in funding for a mining innovation roadmap to foster more companies like B.C.’s MineSense Technologies, whose sensor based sorting technology is being tested at Teck Resources’ Highland Valley copper mine. Bill 41 B.C.’s Bill 41, which was passed in November and commits the government to bringing its laws into alignment with UNDRIP, the United Nations Declaration on the Rights of Indigenous Peoples, adds another layer of complexity. Asked how Bill 41 plays into the province’s plans to update the mining regime, Ralston said in terms of reconciliation and collaboration, the mining sector can be a model for other sectors. “We have an organization called the B.C. Regional Mining Alliance which takes industry and two very entrepreneurial bands, the Tahltan and the Nisga’a and they together have travelled to major conferences, including in London, U.K. There’s a lot of misinformation about the degree to which Indigenous people in British Columbia are part of the resource industries, so they go and talk about that,” Ralston says. “I’ve met with Chad Day, who’s president of the Tahltan Central Government and they’re very committed to partnerships with mining companies in a very forward looking way. I think in many ways, the mining sector exemplifies what Bill 41 will bring to other parts of the B.C. economy.” Asked whether he was concerned that the current protests against the Coastal GasLink pipeline in support of the Wet’suwet’en hereditary chiefs will deter investment in resource development in general in the province, Ralston acknowledged it was a concern, and noted that mining is a global industry. “I think that’s always a challenge,” he said. “It’s early days in terms of its impact, but mining is a global industry. Of course Vancouver and British Columbia are a global hub in mining in the sense that there are hundreds of mining companies that have their headquarters here but their operations (may be outside of Canada).” While Ralston said investment in mining exploration in B.C. is up and has been growing steadily, he added: “I think quite a legitimate concern is how will (the protests) be portrayed externally – that’s why, for example, this mining alliance with the Tahltan and the Nisga’a that I mentioned earlier is so important to convey that message and try to counter some of the more I suppose 'catchy' images, that do not reflect the underlying reality of British Columbia.” Ralston also discussed how the province is working to create a "low-carbon brand." He cited the example of tech giant Apple bringing Rio Tinto Alcan and Alcoa together to help it in its search for a supply of low-carbon aluminum. “Each of those two companies had a piece of the research that would lead in that direction, and Apple brought them together.” The companies are now working on a process that could be ready within four to five years. “It shows that there is a market for low-carbon mineral products that are produced in a low-carbon emitting way,” he said. Moreover, Ralston sees a connection with Teck's withdrawal of its development plans this week for its Frontier oilsands project. “That seems to be what the Teck CEO was saying yesterday about why they weren’t proceeding is that ESG (environmental, social and governance) considerations from the market, financiers, are becoming increasingly important." Mining Jobs Task Force initiatives that will be started in March include: co-ordinating mine sector branding with low-carbon economy strategies; supporting the development and implementation of a cohesive roadmap  for enhance mine sector training; and exploring opportunities to support Indigenous communities across B.C. in gaining equity ownership related to major projects.