OTTAWA –  The Mining Association of Canada has released its 2016 Towards Sustainable Mining (TSM) progress report. The report takes a look […]
By Marilyn Scales January 16, 2017 At 4:31 pm 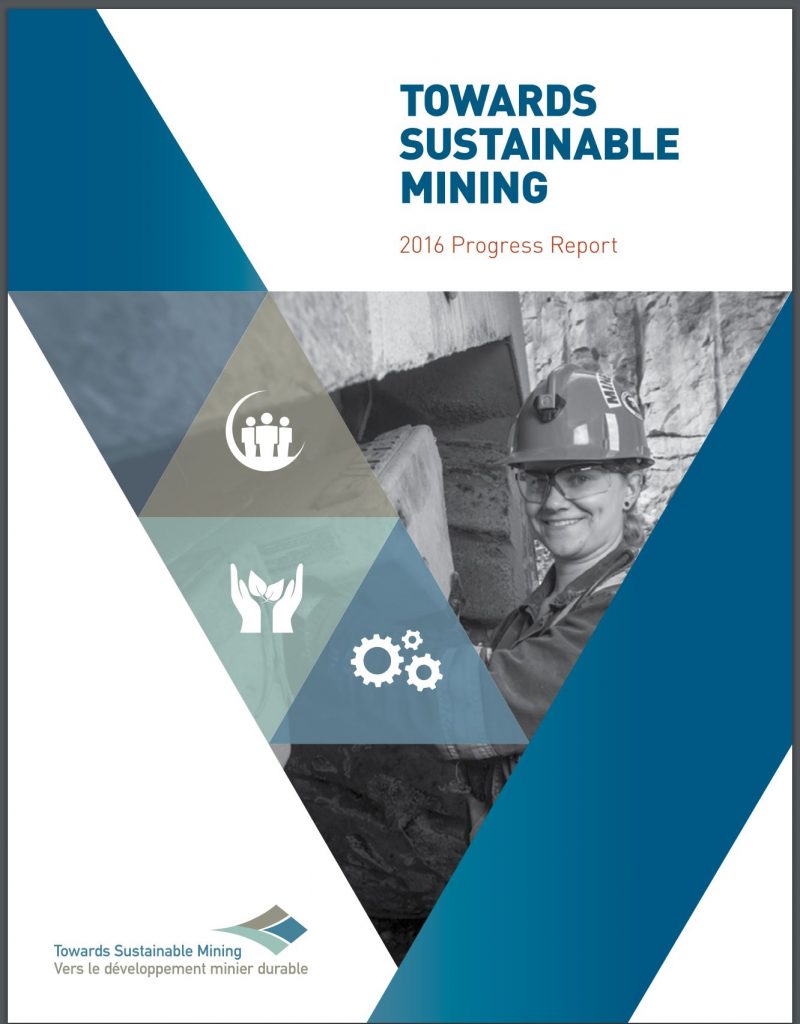 OTTAWA -  The Mining Association of Canada has released its 2016 Towards Sustainable Mining (TSM) progress report. The report takes a look at MAC members’ efforts to protect the environment and contribute positively to the communities where they operate. The 2016 report includes 2015 performance results for 62 sites belonging to 22 mining companies, six of which had their results verified by a third party. Strong performance was noted in several areas: This year the Elkview coal operations of Teck Resources received its second TSM leadership award, but did so in unmatched ratings. The mine achieved Level AAA performance in all the TSM  program indicators and meeting all of the requirements of the crisis management planning protocol during third party verification. Five other recipients of the TSM leadership award were also named: Hudbay Minerals for its base metal mines and smelter in northern Manitoba; New Gold at the New Afton gold mine in British Columbia; Suncor Energy for its oil sands operations; Teck Resources for its Highland Valley copper mine and mill; and Vale for its Voisey’s Bay nickel-copper mine in Labrador. To download the 2016 TSM Progress Report, visit: www.mining.ca/tsm-progress-report-2016. [caption id="attachment_1003716746" align="aligncenter" width="234"]