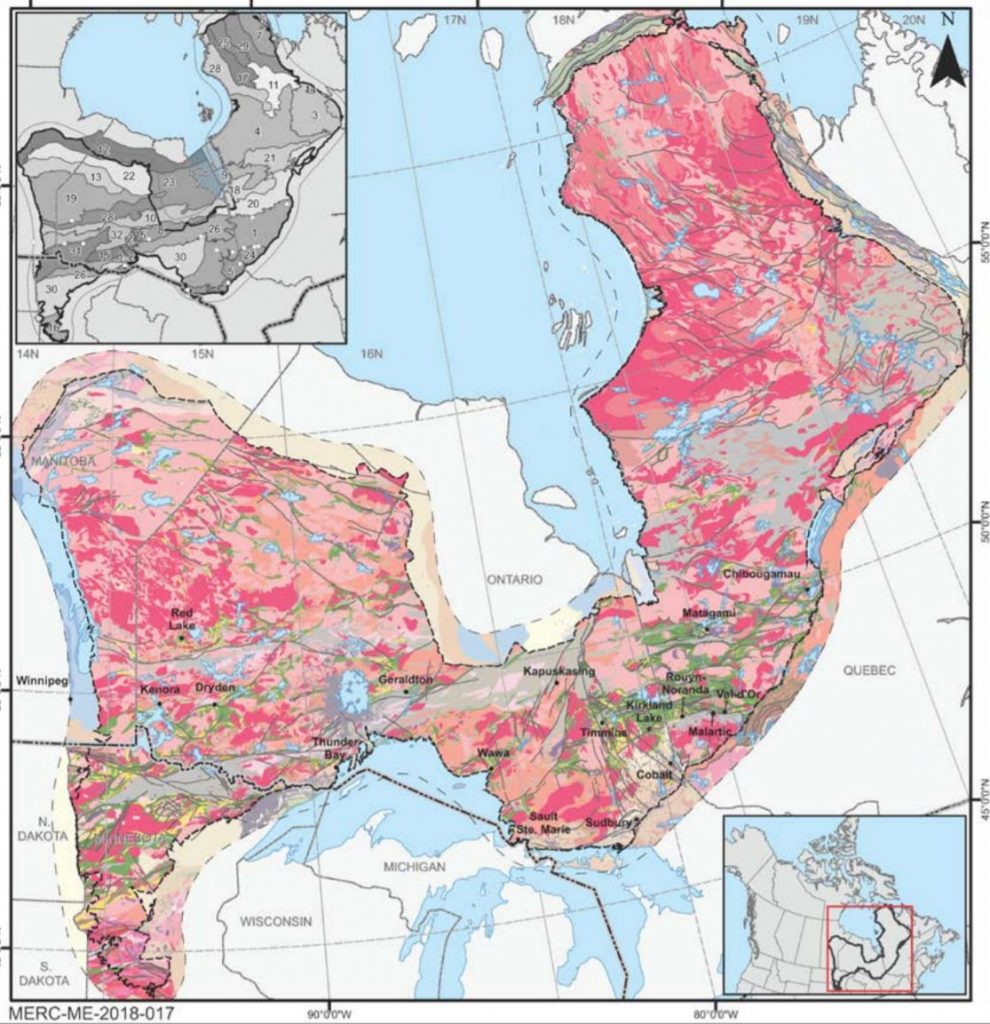 The Superior Craton contains some of the oldest rocks on the planet. (Image: Metal Earth/MERC The Superior Craton contains some of the oldest rocks on the planet. (Image: Metal Earth/MERC)[/caption] SUDBURY, Ont. – David Mole is planning, designing and implementing a research program that will allow Metal Earth to collect large volumes of isotopic data on hundreds of samples, quickly and efficiently across the Superior Craton. This will be the largest high quality geochemical and isotopic dataset for any Archean craton. This offers unique opportunities to understand the tectonics that drove geological change and activity in the early Earth, the formation and evolution of the crust, and timing and localisation of major mineral provinces, which form in response to those processes. Background Previous isotopic mapping in Western Australia demonstrated that cratons (such as the Yilgarn and Pilbara), have a cryptic history and corresponding architecture that can be shown best by mapping their isotopic data spatially. The craton architecture corresponded to the location of different types of mineral deposit. In the Yilgarn, orogenic gold and komatiite-hosted nickel-copper-platinum group elements systems occurred in juvenile, young, mantle-derived crust, adjacent (at the margins of) older crustal blocks within the craton. In contrast, banded iron formation (BIF) deposits were concentrated within the older crustal regions. These correlations suggest that isotopic mapping could make a powerful area selection tool, for the strategic ranking of exploration targets. Project Objectives One of the primary project objectives is to provide the exploration community with an isotopic map that can be used in a similar way to pre-competitive data provided by the geological surveys. This will be a new and valuable tool that will help drive expansion of greenfields exploration into new or under-explored areas. Further to this, the dataset the team is building will allow Metal Earth to investigate spatial and temporal development of Archean crust in unprecedented detail. As well as offering the potential for important academic discoveries related to the establishment of the current habitable Earth, this study will also drive a greater understanding of the fundamental first order processes behind the development of major ore provinces. "We hope the dataset and the maps we build will have real effects and implications for industry and explorers, and a tool they can use to further refine selection decisions. Further to this, we also hope the data will aid in the fundamental understanding of how major mineral provinces form, and the science behind the correlations of certain ore deposits and crustal history. Finally, the data collected in this project will allow fundamental insights into the understanding of tectonics and crustal evolution in the early Earth, and by proxy the development of the atmosphere-biosphere system. Ultimately the understanding of these processes will help us constrain the development of the Earth into a habitable planet full of life." Project Duration The project is estimated to take 4 years with an initial first version of the Hf-isotope map completed. Further time will be required to improve and finalize the map as well as integrate other datasets such as the O-isotopes, zircon trace elements and whole-rock geochemistry.  The length of the project does not mean tangible outcomes will not be felt sooner. The project is compartmentalised into a number of zones or quadrants, i.e. the Abitibi is one such quadrant. New isotopic data, and subsequent maps, from these areas will be presented as they are finalized allowing the data to be utilized by explorers as quickly as possible. Preliminary Results At this stage the team is designing a protocol to collect and prepare samples, when, where and how to run those samples and in what order. This stage of the project is almost complete, with the first analyses from Abitibi rocks expected to take place in July. Metal Earth is the Mineral Exploration Research Centre's (MERC) largest mineral exploration research project which is a Canadian $104 million applied R&D program with a goal to transform our understanding of the genesis of base and precious metal deposits during Earth's evolution. You can read more about Metal Earth here. This information was written by researcher David Mole for the Metal Earth newsletter.