Rockcliff Metals (CSE: RCLF; OTC: RKCLF) has completed and filed the preliminary economic assessment for its 100%-owned Tower and Rail copper deposits, […]
By Canadian Mining Journal Staff February 22, 2022 At 10:34 am 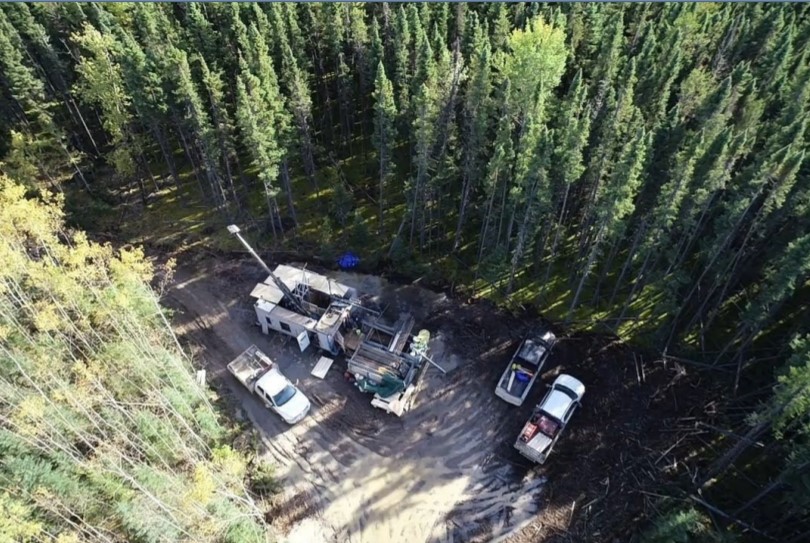 The PEA for the Tower and Rail deposits in Manitoba indicates a capex of only $81 million to begin production. Credit: Rockcliffe Metals.

Rockcliff Metals (CSE: RCLF; OTC: RKCLF) has completed and filed the preliminary economic assessment for its 100%-owned Tower and Rail copper deposits, both of which are about 50 km southwest of the town of Snow Lake, Man.

The project carries a pre-production capital requirement of $81 million and would pay for itself  within 12 months of commercial production. Permitting might be accomplished in 24 months, and construction would take 16 months. There would be a  9.5-year life of mine with opportunity for expansion.

As planned, the Tower and Rail project would produce an average of 12,000 t/y copper-equivalent at an all-in sustaining cost of US$2.46/lb. copper.

Both deposits are near surface and are similarly steeply dipping (at least 750 metres) and narrow with relatively long strike lengths (1,000 to 1,300 metres).

The study envisions developing an underground mine at the Tower deposit first by a contractor. The mining method will employ an Alimak raise mining technique at 1,100 t/d. Rockcliff owns a modular mill of sufficient size to process the ore. Tailings will be dry stacked on site at a permitted location.

When the Rail deposit is to be mined, the mill will be moved to that site. Development of that mine will be similar to Tower and the modular mill moved to continue treating ore.

Metallurgical testing of the ores indicate that separate copper and zinc concentrates can be produced. Total recoveries to concentrate are expected to be 97.2% copper, 74.2% zinc, 63% gold, and 63% silver.

The concentrates produced in Manitoba will be railed to Glencore’s Horne copper smelter in Quebec and to that company’s Valleyfield zinc refinery.

Additional information is posted on www.RockcliffMetals.com.