Sabina Gold & Silver (TSX: SBB) has released an updated feasibility study on a combined open pit and underground development at the […]
By Canadian Mining Journal Staff February 25, 2021 At 1:47 pm 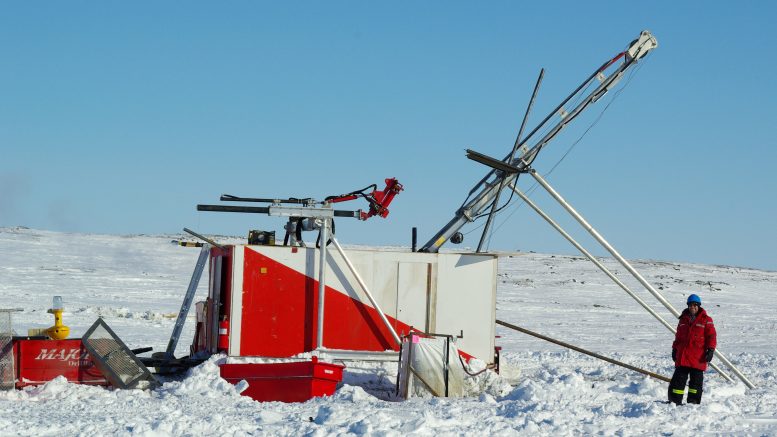 Sabina Gold & Silver (TSX: SBB) has released an updated feasibility study on a combined open pit and underground development at the Goose property within its Back River gold project in Nunavut, 520 km northeast of Yellowknife. The engineering study proposes a 15-year operation, starting up at an initial processing rate of 3,000 t/d and expanding to 4,000 t/d by the end of year two.

Average production in the first five years is estimated at 287,000 gold oz. annually, with life-of-mine all-in sustaining costs estimated at US$775 per oz. Based on an initial capital outlay of $610 million, the after-tax net present value estimate for the project stands at $1.1 billion, based on a 5% discount rate and US$1,600 per oz. gold, with a 2.3-year payback and a 27.7% internal rate of return. The construction schedule covers a period of 24 months. Gold doré would be produced onsite.

“Ongoing work over the last five years has enabled us to significantly advance the project through many critical de-risking phases,” Bruce McLeod, Sabina’s president and CEO, said in a release, adding that the latest study “is rigorous and provides a high level of confidence in our project economics…”

Since the release of the 2015 feasibility, the majority of key earthworks has been completed at the site, such as roads and preparations for an underground exploration ramp, with additional project logistics infrastructure construction. A 172-km winter ice road is in place from the marine laydown area to the Goose property and site infrastructure – including fuel tanks, and construction equipment – has been mobilized.

Goose includes an all-weather airstrip, an exploration camp, heavy civil equipment and 4 km of all-weather roads within the project.

During mine construction and operations, equipment and materials would be transported to the port by sea during the summer and then hauled to Goose via a winter ice road. People and smaller items could be transported directly to site by air.

With environmental authorizations for constructions and operations in place, the company also has in place a comprehensive framework agreement on land tenure and an Inuit Impact and Benefits Agreement (IIBA).

McLeod added that Sabina has “already started to focus on refreshing the project debt process with a view to obtaining financing to make a production decision this year.”