Sale of Ekati mine to Arctic Canadian Diamond closes

Dominion Diamond‘s sale of Canada’s first diamond mine, Ekati, to Arctic Canadian Diamond Company has been completed. Full operations at the site, […]
By Canadian Mining Journal Staff February 4, 2021 At 2:19 pm 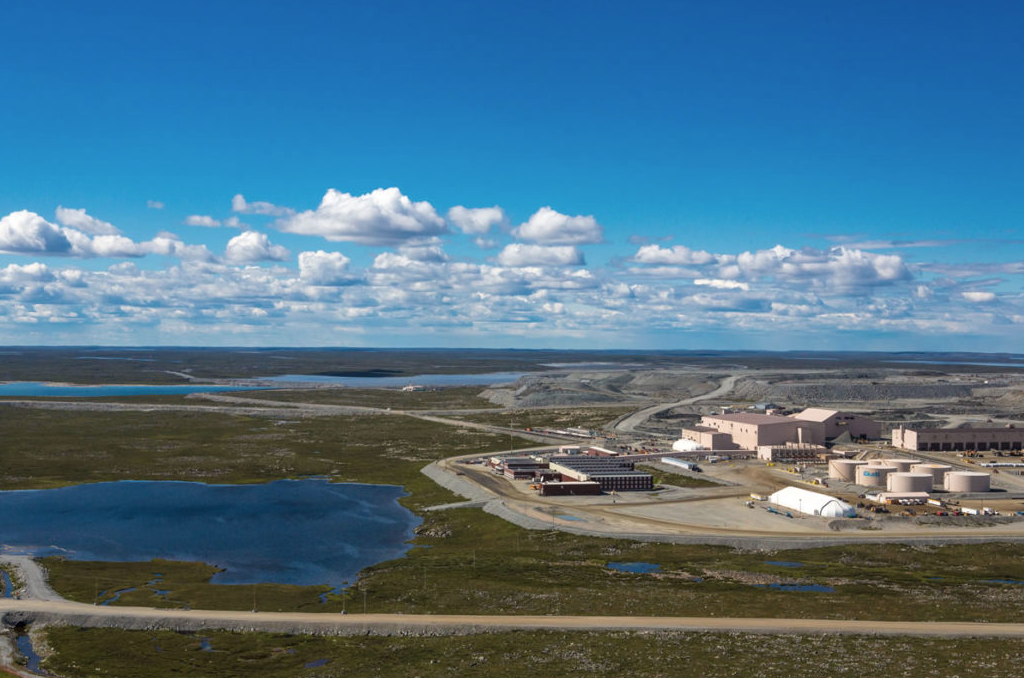 Dominion Diamond's sale of Canada's first diamond mine, Ekati, to Arctic Canadian Diamond Company has been completed. Full operations at the site, which had been placed on care and maintenance at the beginning of the pandemic last March, resumed on Jan. 20 after a 10-week restart that began in November.

A “full recall” of employees is expected to be complete by Feb. 25.

Arctic Canadian is owned by DDJ Capital Management, Brigade Capital Management, LP and Western Asset Management Company, LLC. In a sale that was approved in December, the company acquired the asset in return for assuming US$70 million of Dominion’s outstanding indebtedness under its existing revolving credit agreement, as well as the reclamation obligations for Ekati.

Dominion Diamond, which filed for creditor protection last April, retains its 40% stake in the Diavik diamond mine in the Northwest Territories, operated by 60% partner Rio Tinto.

“This transaction significantly reduces our debt obligations, and provides sufficient liquidity to fund our operations, invest in future growth and allow the company to emerge with a materially stronger balance sheet,” said Dominion CFO Kristal Kaye, in a release.

Rory Moore, Dominion's vice-president of exploration, will serve as the interim president of Artic Canadian.

“We are excited to have our employees back at work and to have Ekati in full production again,” Moore said in a release. “We are also very grateful to our new owners for the commitment they have demonstrated to Ekati and its stakeholders. This new partnership will bring fresh perspectives to our operations and be the driving force behind our continued growth.”

Dominion had attempted to sell Ekati to an affiliate of its parent company, Washington Companies, for $160 million last year. However, the arrangement was not supported by three insurance providers who have issued a total of $280 million in surety bonds covering reclamation obligations for the site.

Located in the Lac de Gras region of the Northwest Territories, 300 km northeast of Yellowknife, Ekati was Canada's first diamond mine, beginning production in 1998. Its current mine life extends to 2034.