Canadian Sigma Lithium (TSX-V; NASDAQ: SGML) has begun building the production plant foundation and infrastructure for its Grota do Cirilo lithium project in […]
By Cecilia Jamasmie December 7, 2021 At 9:32 am 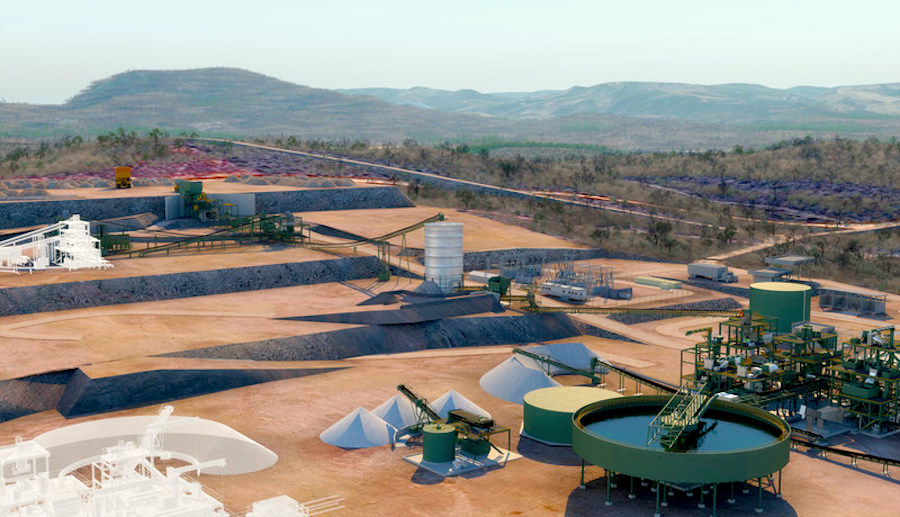 Canadian Sigma Lithium (TSX-V; NASDAQ: SGML) has begun building the production plant foundation and infrastructure for its Grota do Cirilo lithium project in Brazil, the largest hard rock lithium deposit in the Americas.

The Vancouver-based company noted that it is on track to begin lithium production in the fourth quarter of 2022, adding it has the funds to meet the equity funding requirements under its proposed construction debt facility.

The company added that Phase 1 of the production plant has been designed to produce up to 220,000 tonnes per annum of high purity 6% battery grade lithium concentrate, equal to about 33,000 tonnes per year of lithium carbonate equivalent (LCE).

Sigma is currently conducting a preliminary feasibility study (PFS) for a prospective second production phase. Its preliminary economic assessment (PEA) for the second deposit at the Grota do Cirilo project, released in June, doubles production capacity of battery-grade lithium concentrate to around 440,000 tonnes per year (66,000 lithium LCE).

Such capacity, which could be reached before the end of 2023, would make Grota do Cirilo fall just outside the world’s top five lithium producers in terms of output capacity after Albemarle, SQM, Ganfeng, Pilbara Minerals and Galaxy.

The proposed mine would be powered by a hydroelectric project located 50km away from the site and serve what Sigma dubs the emerging Atlantic supply chain for batteries and electric vehicles manufactured in North America and Europe.

Sigma expects a bifurcation in the market as growth outside of China accelerates with environmental factors including water, energy use and tailings becoming increasingly important factors in the supply chain and how producers are assessed.

The company’s co-CEO, Ana Cabral-Gardner, believes that Brazil has the potential to become a “green lithium powerhouse”.

Brazil is already a global case study in low carbon mobility powering cars with ethanol, biofuels and natural gas. With Sigma Lithium in the mix, the country now has one of the few companies globally that has proven its ability to produce lithium in an environmentally sustainable manner.

Sigma has been producing environmentally sustainable battery-grade lithium concentrate on a pilot scale since 2018.