Talisker Resources has expanded the drill program at its past-producing Bralorne gold project, 248 km northeast of Vancouver, B.C., for the second […]
By Alisha Hiyate October 20, 2020 At 1:09 pm 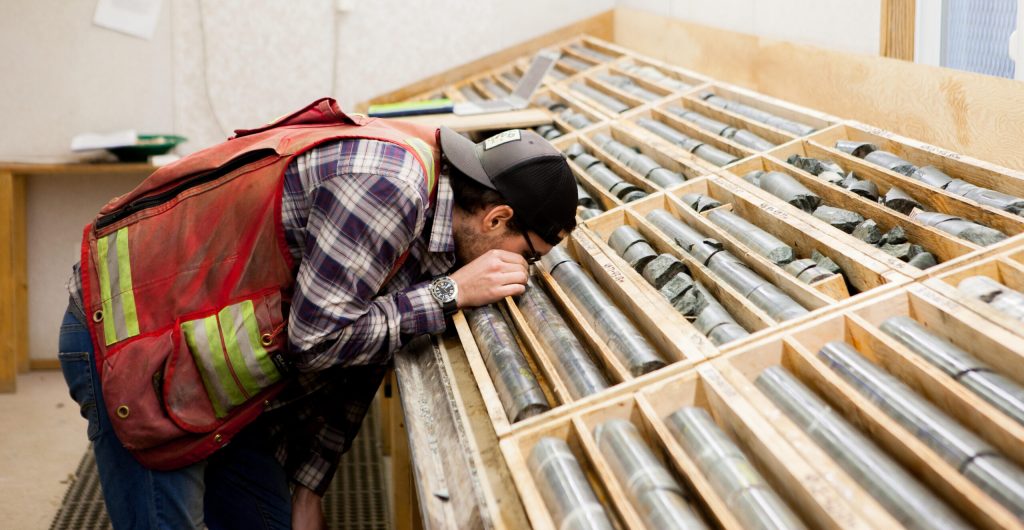 Examining core at Talisker Resources' Bralorne project in B.C. Credit: Talisker Resources[/caption] Talisker Resources has expanded the drill program at its past-producing Bralorne gold project, 248 km northeast of Vancouver, B.C., for the second time this year, based on encouraging results. The junior has added 5,000 metres to its planned drill campaign for a total of 23,000 metres, up from 11,200 metres initially. Talisker acquired Bralorne last December from Avino Silver & Gold Mines. The company has so far completed more than 14,800 metres of drilling, with results received so far validating 19 vein targets and identifying three new shallow vein targets: Charlotte Empire and Vein 51. It's now adding two drill rigs to the project for a total of four. "Our drilling program at Bralorne gold project continues to deliver high-grade gold intersections reminiscent of the exceptional grades reported by historic mining operations at Bralorne,” said Terry Harbort, president and CEO of Talisker, in a release. Our decision to increase our 2020 drill program to 23,000 metres is in direct response to the ongoing success of our drill program, the results of which have validated and expanded on the high-grade zones at Bralorne.” The 42-sq.-km Bralorne property hosts three historic mines – Pioneer, Bralorne and King. Highlights from this year's exploration program include 1.5 metres grading 57.8 g/t gold from 106.3 metres depth within 5.1 metres grading 19.97 g/t gold; and 0.5 metre of 102 g/t gold from 466.1 metres depth within a broader intercept of 1.7 metres grading 30.98 g/t gold. Since acquiring Bralorne, Talisker has also been focused on the digitization and processing of the historical mine and exploration database. The database and results from the company's phase 1 and 2 drill programs have been incorporated into a structural model that is being used to target drill efforts. Talisker, which recently listed on the Toronto Stock Exchange and delisted from the Canadian Securities Exchange, is also advancing its Spences Bridge exploration project with 20 of its 33 geologists carrying out greenfields exploration there. The company holds 2,260.4 sq. km in the emerging Spences Bridge gold belt in southern B.C. For more information, visit www.taliskerresources.com.