Talisker steps out Bralorne gold system in BC 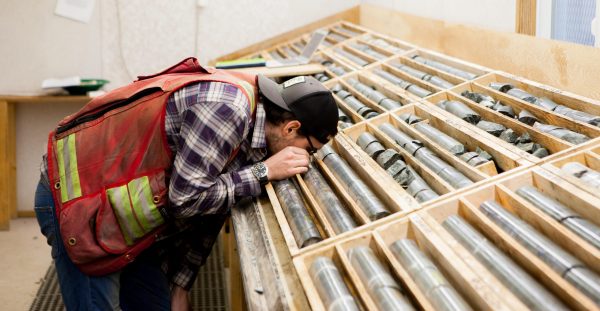 The latest drill results from Talisker Resources’ (TSX: TSK) past-producing Bralorne gold project in south-central B.C. hit new mineralization below historic workings and southeast of prior intercepts. With a resource estimate expected in 2022, Talisker plans to incorporate these assays into its dataset and is completing a 50,000-metre drill program this year.

The most recent drillhole assays are from the King, Bralorne East and Bralorne West blocks within a 6-km-long strike of gold-bearing veins.

The bottom half of first hole drilled by Talisker at the King block returned 0.9 metre of 9.95 g/t gold starting at 827.9 metres. This intercept hit gold 750 metres beyond the historic King workings.

“Together with the consistency of the received gold grades, these results show significant down plunge extensions of the high-grade vein potential, particularly below the historic King Mine which was only mined to 350m from surface,” Terry Harbort, Talisker president and CEO, said in a release. “With each stepout hole we are seeing the dimensions of the system increasing from our initial view and we plan to increase our drill program to accommodate the new target areas.”

With 30 gold-bearing veins defined at Bralorne, Talisker is targeting both high-grade material that was the main source of historic gold production from the site as well as previously overlooked near-surface bulk tonnage mineralization.

The initial resource would focus on 14 veins and extend down to a depth of 700 metres.

Three historic mines within the Bralorne complex, 248 km northeast of Vancouver, produced 4.2 million gold oz. from an average recovered grade of 17.7 g/t gold before closing in 1971.

At the end of March, producer New Gold (TSX: NGD) announced that it was acquiring a 14.9% interest in Talisker.