The wider use globally of advanced technologies such as electric vehicles has led to a boom in juniors developing technology-metal assets, with […]
By Robert Seagraves July 18, 2018 At 4:09 pm 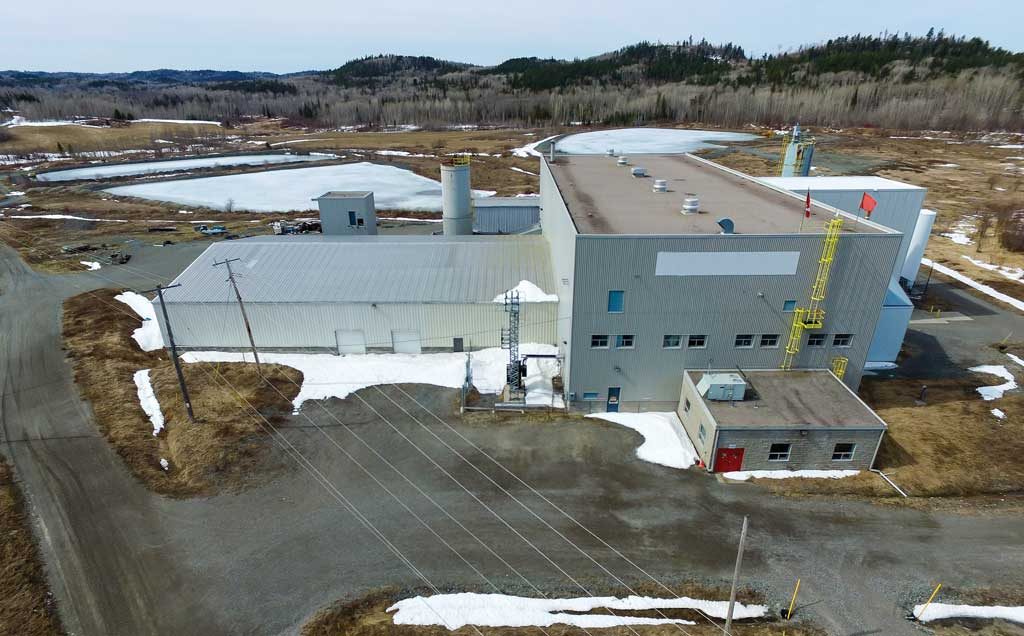 In May, Avalon updated the resource at Separation Rapids, bringing the total measured and indicated Resources to 8.4 million tonnes grading 1.41% Li2O, with another 1.8 million tonnes at 1.35% Li2O.

The new resource figure incorporates results from a four-hole drill program carried out in early 2018, and boosts tonnage by 10% from the prior estimate.

Avalon will soon update a preliminary economic assessment carried out at Separation Rapids in September 2016, and will study the economics of a smaller-scale operation that can built up in stages, bringing down initial capital expense estimates into the $50- to $70-million-range, versus the original $450-million plan.

Avalon said it will reactivate its Nechalacho project this year due to “strong demand for the ‘magnet rare earths’ neodymium and praseodymium,” and has updated its plans for small-scale re-development of the past-producing East Kemptville tin mine in Nova Scotia’s Yarmouth County.

Canada Rare Earth (TSXV: LL; US-OTC: RAREF) describes itself as a developer of a vertically and horizontally integrated business within the global rare earth industry that seeks to build a supply chain “connecting mining operations to rare earth concentration processes to rare earth separation and refining facilities, and to major international customers.”

To that end, the company says it: identifies existing and potential rare earth sources that can provide reliable, long-term supply; develops pre-treatment facilities and full-capability, rare earth-separation facilities in strategic locations; and enhances relationships with major international manufacturing companies and their supply networks.

Based in Vancouver, the firm is led by CEO Tracy A. Moore and chief operating officer Peter Shearing.

As of November 2017, directors, senior management and advisers own 22% of the company’s shares, and the market capitalization was $11 million at press time.

While the prices for many other mined commodities take a breather in mid-2018, the vanadium market continues to heat up, with vanadium oxide prices rising to US$32 per lb. in recent months — the highest level since 2008.

“Our testing has very quickly moved the needle from the low eighties — which were strong — to outstanding numbers, far exceeding even our metallurgists’ expectations”, Cornerstone president and CEO Paul Cowley said in a release. “These numbers show a clear sign of a major technical breakthrough for our project.”

Though it was only formed in early 2017, First Cobalt has already accumulated over 100 sq. km of prospective ground in Ontario’s iconic Cobalt camp, with the company’s Greater Cobalt Project comprising land that includes over 50 past-producing mines, a mill and the only permitted cobalt refinery in North America that makes battery materials.

In June, First Cobalt outlined a $9-million work program for its newly acquired Iron Creek cobalt project in Idaho, where it intends to calculate a resource estimate by October 2018, and complete another 30,000 metres of drilling to double the mineralized zone along strike beyond the area drilled in 2017.

Fortune Minerals (TSX: FT; US-OTC: FTMDF) is steadily advancing its vertically integrated Nico cobalt-gold-bismuth-copper project. The original Nico concept would see a mine and mill in the Northwest Territories that produces a bulk concentrate for shipment to a refinery, which the company plans to build in Saskatchewan.

Fortune has said the products at the refinery would include cobalt chemicals for high-performance, rechargeable batteries and bismuth metals and chemicals, as well as gold.

However, in June Fortune said it had been approached by several global mining and refining companies interested in buying metal concentrates directly from the mine.

If the junior goes this route, it says it could “defer the Saskatchewan refinery, reducing upfront capital by about 50% and mitigating risks in commissioning and downstream processing.”

Fortune says it is adjusting its Nico project engineering designs to allow flexibility to accommodate all of its downstream process options.

The junior has just boosted its ownership of the Millennium project to 100% from 25%, and acquired 100% of the nearby Mt. Dorothy and Cobalt Ridge cobalt projects (the latter two now collectively called the “Mt. Isa project.”)

“This combination creates one of the largest and most exciting cobalt exploration packages in Australia,” said Mitchell Smith, president and CEO of Global Energy Metals.

The company has also teamed with Australia’s Marquee Resources, which is sole funding a $2.5-million work campaign to advance the past-producing Werner Lake cobalt mine in Ontario, where a drilling program is underway.

Neo Lithium says 3Q is one of the highest-grade lithium brine projects in the world. It has the lowest impurity content of any known salar; its salar footprint is large, at over 150 sq. km; and it is wholly owned and fully permitted.

Neo Lithium says the highlights of its recently completed second drilling season at 3Q are: the highest-grade intercept ever over 99.5 metres, with an average of 1,407 mg per litre lithium and 10,562 mg per litre potassium; the average grade of all drill samples coming at 14% higher than the initial season’s results; and the deep aquifer drilled to 647 metres, and still open at depth.

The Vancouver-based junior says the location has infrastructure in place, with easy road and rail access, and abundant electricity and water sources, and is already permitted for extensive brine extraction and processing activities.

The company is also starting due diligence and resource evaluation on 121 sq. km of brine leases located in the Smackover Formation in southern Arkansas.