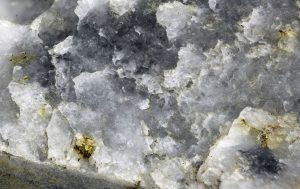 According to William Paterson, the company’s VP of exploration, the results support Trillium’s hypothesis of a reinterpreted structural model for high-grade gold in the area.

“We have been focusing on refining the structural and mineralization controls in the region and were able to validate a hypothesis based on the reinterpretation of the structural model with the drill results to date,” he said. “Previously, the west end of the Red Lake greenstone belt had been considered to be less prospective with the absence of Red Lake mine-hosting Balmer volcanic rocks, however, we have since confirmed high-grade gold in this area.”

Paterson added that Trillium plans to continue exploring this western end and testing areas along strike and down-dip for additional mineralization.

The Newman Todd structural gold target covers 2.2 km of strike and is up to 200 metres wide. Prior drilling at the property targeted the footwall through drilling to the southeast, which could have missed parts of the target zone. Trillium plans to test different drill orientations to develop an understanding of the mineralization and structural controls on Newman Todd and test its depth potential.

Assays are pending for five additional holes; a total of 55,000 metres have been drilled at Newman Todd to date, with 20 high-grade gold discoveries.

“By drilling perpendicular to, and in the opposite direction from the majority of historical drilling, we have intersected meaningful high-grade gold mineralization over substantial widths,” added Russell Starr, Trillium’s CEO.

Trillium Gold has an 83.5% ownership of the 2-sq.-km northeast portion of Newman Todd and a 100% stake in the 0.9-sq.-km southwest part. The company also holds the Gold Centre, Western Bear, Sydney Lake and Leo projects in the Red Lake area.