Ahead of an updated resource estimate and prefeasibility study due out in the second half of the year for its namesake project […]
By Canadian Mining Journal Staff March 16, 2021 At 1:39 pm 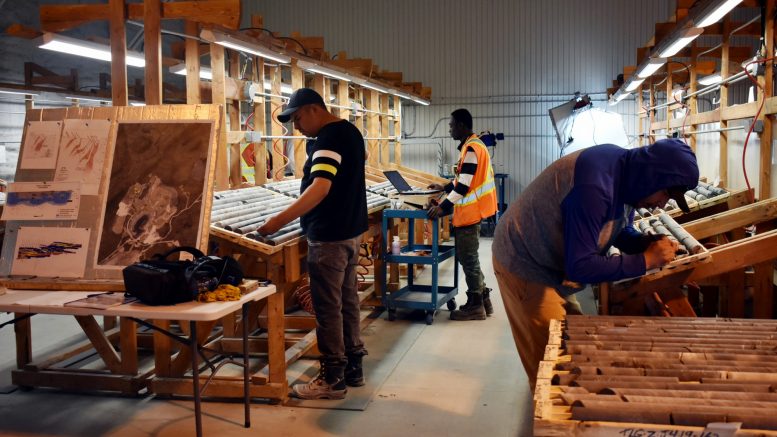 Ahead of an updated resource estimate and prefeasibility study due out in the second half of the year for its namesake project in north-central Quebec, Troilus Gold (TSX: TLG) has released drill results from the Southwest zone. These latest assays expand mineralization out along strike, down dip and within the pit shell defined in a September 2020 preliminary economic assessment (PEA).

At depth, Troilus has hit gold zones as deep as 500 metres below the PEA pit shell; additional drilling with the conceptual shell has confirmed extensions of higher-grade mineralization in a previously undrilled area.

““We are very excited by these latest results obtained from the north east extent of the Southwest zone, which advance further into the 2.5-km gap between the Southwest zone and Z87. Results to date demonstrate a strong continuity of mineralization from the Southwest Zone towards Z87 and J zone,” Justin Reid, CEO of Troilus Gold, said in a release. “As we continue stepping out to the northeast, closing the gap towards Z87, we are observing gold mineralization over large widths and at higher grades than the original Southwest mineral resource estimate, that remain open in all directions.”

The executive added that the results from the Southwest zone are expected to positively impact the upcoming prefeasibility study. The latest results will be incorporated into an updated resource that is expected along with the engineering study.

Existing resources are contained within the Southwest, Z87 South, Z87 and J zones. In September, Troilus started a 20,000-metre drill program at the project.

The September PEA outlined a 22-year, US$333 million open pit and underground mine producing an average of 220,000 gold oz. a year over the first five years of operation.

The past-producing Troilus mine generated over 2 million gold oz. and 70,000 tonnes of copper from open-pit operations between 1996 and 2010. The site lies within the Frotet-Evans greenstone belt and is 170 km by road northeast of Chibougamau.