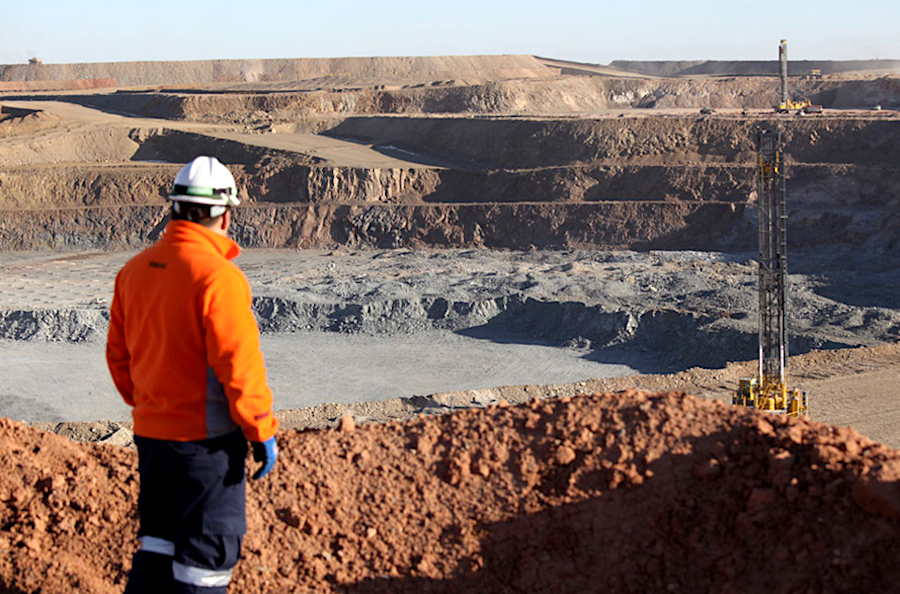 Shareholders in Canadian miner Turquoise Hill Resources (TSX, NYSE: TRQ), the majority owner of the vast Oyu Tolgoi copper-gold mine in Mongolia, are poised to cash in on Rio Tinto’s US$2.7 billion offer to buy the remaining 49% of the company it doesn’t already own, analysts say.

While the non-binding buyout proposal is considered “generous” — a 32% premium to Friday’s closing price — it also reflects Rio’s lack of strategic wiggle room under the current capital structure.

Market observers believe Turquoise’s investors could get a sweeter deal. Analysts at Scotiabank predict that the company’s shareholders will seek a materially higher offer from Rio Tinto than the $34/share offer price, perhaps greater than $50/share.

The world’s second largest miner has the financial resources to pay a higher premium. As of December Rio had US$1.6 billion of net cash, while high iron ore prices are adding to that pile. The company’s willingness pay up is not so clear, which makes a transaction highly uncertain.

Acquiring the Vancouver-based miner would boost Rio Tinto’s copper output by 10% over the next five years, and 17% on average over 10 years, according to Macquarie.

The bank noted that Rio’s offer might be a 32% premium to Turquoise closing price on Friday but is a narrower 12% premium to the bank’s target on the stock.

Analysts at Jefferies believe that Oyu Tolgoi would become a "crown jewel" in Rio Tinto’s portfolio. They also see the acquisition as an opportunity to straightened up the project’s messy capital structure, which has been one of the reasons why the underground copper mine has suffered delays.

“This transaction would increase Rio’s attributable copper production via an asset that it has developed, currently operates, and clearly knows well,” Jefferies’ note says.

UBS experts warn that while the Mongolian mine is a high-quality deposit, it is in a challenging jurisdiction, which could make it an "overall poor investment."

They also noted the timing could be off given Turquoise Hill's stock has risen 254%, to $34.04 from $9.6, since January 2021, and it fears cash returns will be dented this year, with Rio Tinto having now directed about US$3.5 billion to mergers and acquisitions.

Alexander Pearce and David Gagliano of BMO Capital Markets, noted that the company’s strategy over its stake in Turquoise Hill has been subject to discussion for many years, adding that the acquisition could “make sense.”

“In the past Rio Tinto has been happy to share the risk of its assets with minority shareholders, however, given the dearth of copper opportunities elsewhere, perhaps increasing its exposure to Oyu Tolgoi now makes sense and could simplify the remaining funding hurdles for the underground project,” they wrote in a note to clients. “From a Rio Tinto perspective, with a strong balance sheet (US$1.6 billion net debt at Dec. 2021) and expectations of US$12.6 billion FCF [free cash flow] this year, US$2.7 billion is easily affordable for the company.”

Rio Tinto has had a rocky relationship with the Vancouver-based miner, particularly over how to fund Oyu Tolgoi’s expansion. The top miner has also drawn criticism from some of Turquoise Hill’s minority shareholders about the control it exerts over the company.

Once completed, the underground section of Oyu Tolgoi will lift production from 125,000-150,000 tonnes in 2019 to 560,000 tonnes at peak output, which is now expected by 2025 at the earliest. This would make it the biggest new copper mine to come on stream in several years.

This article initially appeared on www.Mining.com.