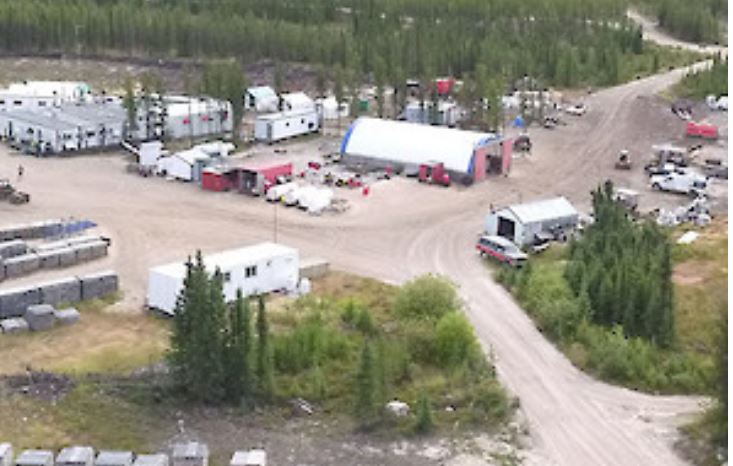 The Wheeler River camp where Denison is advancing the mine toward production as early as 2022. (Image: Denison Mines)

The Wheeler River camp where Denison is advancing the mine toward production as early as 2022. (Image: Denison Mines)[/caption] SASKATCHEWAN – Toronto-based Denison Mines Corp. is testing in situ recovery at the Wheeler River uranium project this summer.  The ISR tests will help determine the viability of using it for commercial production at Wheeler River, which would be the first uranium mine in Canada [since the Agnew mine - see comment] to use the technology. Denison conducted field and laboratory testing of IRS during the pre-feasibility study. The results indicated that the flow of solution through the orebody will support commercial rates of production. The testing this summer is anticipated to increase the company’s confidence in using IRS. This summer the work will focus on the second test area, with testing of two more areas to be done in 2020. At the same time, the collection of baseline environmental data will be expanded to support the environmental impact assessment. Denison will also continue with a 5,000-metre, 10-hole diamond drilling program to follow up and expand the area of unconformity-hosted uranium mineralization at the K-West trend. Wheeler River is the largest undeveloped uranium occurrence in the eastern portion of the Athabasca Basin. The project is owned 90% by Denison and 10% by JCU (Canada) Exploration Co.  Probable reserves have been calculated for the Phoenix deposit (59.7 million lb. of uranium oxide in 141,000 tonnes grading 19.1% uranium oxide) and the Gryphon deposit (49.7 million lb. in 1.3 million tonnes grading 1.8% uranium oxide). Additional details of the Wheeler River project are posted at www.DenisonMines.com.