Victoria Gold (TSXV: GCX) has achieved record production at the Eagle gold mine in Yukon Territory, producing 20,744 ounces of gold during the month […]
By MINING.COM Staff September 13, 2021 At 12:42 pm 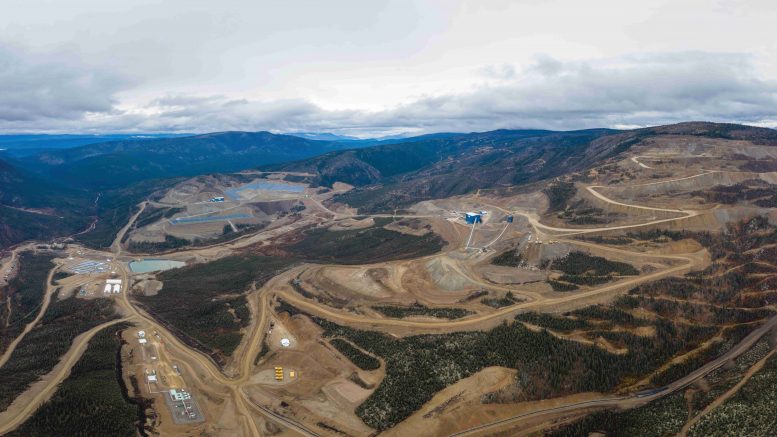 Victoria Gold (TSXV: GCX) has achieved record production at the Eagle gold mine in Yukon Territory, producing 20,744 ounces of gold during the month of August.

This represents a 65% increase from the same period of 2020. Moreover, ore tonnes stacked on heap leach pad reported monthly record levels, with the achievement of 1.2 and 1.1 million tonnes in July and August respectively.

Year to date, the mine has produced 94,605 ounces of gold with 5.7 million tonnes of ore stacked on the heap leach pad.

The Eagle gold mine achieved commercial production on July 1, 2020, and delivered 116,644 ounces of output for the second half of the year.

Meanwhile, the company's 2021 mineral exploration campaign at the Dublin Gulch gold camp is continuing, with 10,000 metres of the planned 15,000-metre drill program completed to date.

Current exploration focus is on two high-grade gold targets at Raven and Lynx, as well as at the past-producing Rex-Peso high-grade silver target just west of the Eagle mine.

Shares of Victoria Gold jumped 5.0% by 12:40 p.m. EDT Monday. The company has a market capitalization of approximately C$1.0 billion.