QUEBEC – Osisko Metals of Montreal has arranged a $10-million private placement with a syndicate of underwriters led by Canaccord Genuity. Osisko […]
By Marilyn Scales August 21, 2018 At 4:33 pm 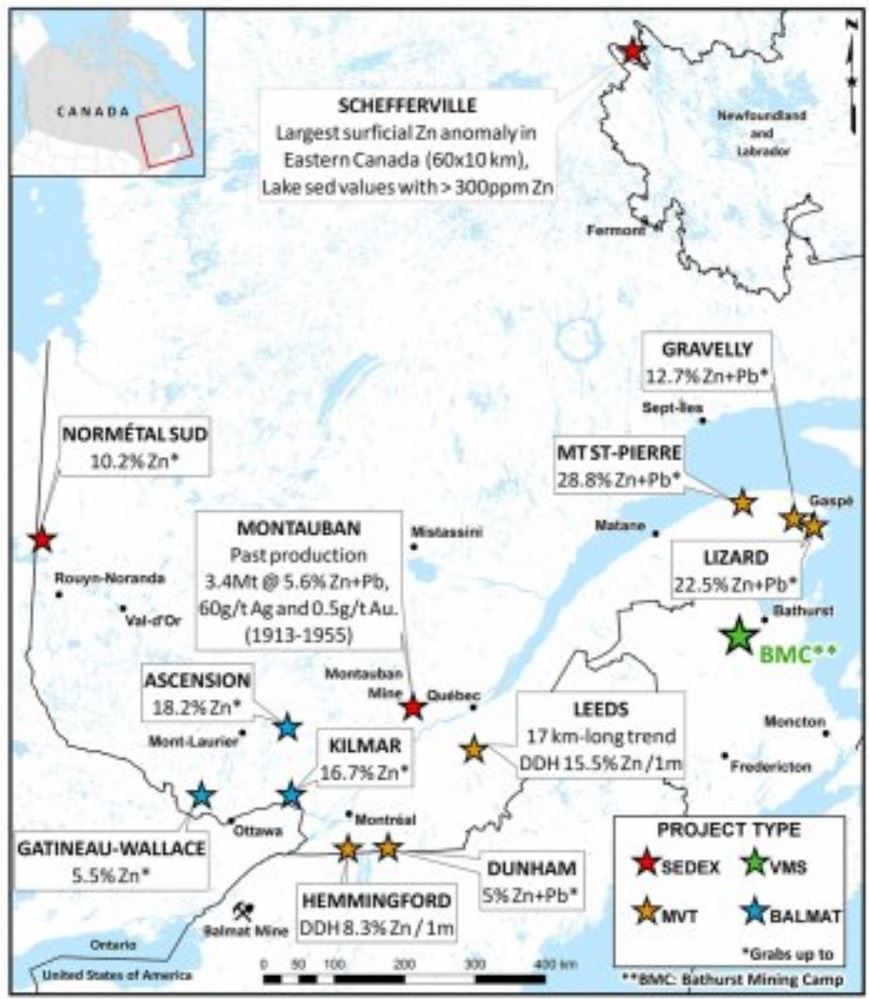 Osisko Metal’s zinc targets in Quebec. (Image: Osisko Metals)[/caption] QUEBEC – Osisko Metals of Montreal has arranged a $10-million private placement with a syndicate of underwriters led by Canaccord Genuity. Osisko will issue 10.9 million flow-through shares at a price of $0.92 per share. The corporation has agreed to pay the underwriters a cash commission equal to 5% of the offering. Osisko will use the gross proceeds for exploration projects in Quebec. The company owns 42,000 hectares that cover 12 grassroots zinc targets – Schefferville, Montauban, Normetal Sud, Ascension, Gatineau-Wallace, Kilmar, Dunham, Hemmingford, Leeds, Lizard, Gravelly, and Mt. St. Pierre. The properties are all  hosted in classic geological environments for zinc, and several have been chosen for this first phase of exploration work, but the company did not name them. Osisko Metals is also advancing its properties in the Pine Point mining camp in the Northwest Territories and the Bathurst mining camp in New Brunswick. Both of these projects are former producers. Learn more at www.OsiskoMetals.com.