The processing plant at the Picadilly potash mine.

Water inflow problems at the Penobsquis mine provided the stimulus for PotashCorp to examine developing the Picadilly deposit across the road from the Penobsquis facilities. The Picadilly deposit was known to geologists for a number of years, but the full potential was not established until additional drilling and seismic work was done after significant potash was noted while crews were drilling for natural gas in 2002. Site clearing and construction began in January 2008, and the first potash is expected to be hoisted in late 2013.

PotashCorp plans to spend $1.6 billion on the Picadilly project. That includes a pair of shafts, underground development, and building a new wet mill at the site. The investment will create a producer that will reach its targeted rate of 2.0-million t/y KCl in 2017. AMEC was awarded the EPCM contract.

The shafts at the Picadilly project are 5.5 metres in diameter and concrete lined, reaching a depth of 900 metres. The production shaft will be fitted with a pair of 30-t skips capable of hoisting 1,000 t/h, or a total of approximately 18,000 t/d. Salt will be hoisted up the service shaft.

Cementation Canada won the shaft sinking contract that included engineering and construction of the hoist room and headframes as well as sinking. Mindful of potential water inflow in the shafts, Cementation designed and built them with hydrostatic liners and a significant grouting program.

A modified cut-and-fill mining method has been chosen using Sandvik MF420 borers. They are capable of cutting up to a height of 3.7 metres and a width of 6.1 metres. Each 2,150-hp unit weighs 245 tonnes and is 13.4 metres long.

“These borer miners may be the first machines of their kind in Canada, certainly they are a first for PotashCorp,” New Brunswick division manager Stewart Brown told CMJ.

Conveyor systems will transport the potash to an underground roll crusher ahead of hoisting.

A slurry backfill system is planned, whereby salt will be returned to mined-out potash stopes.

On the surface, run-of-mine ore will be conveyed from the shaft to a new wet mill where it will be wet crushed using hammer mills. GE Canada is supplying made-in-Canada synchronous motors and variable speed drives for the mill. After milling, the slurry will then pass through a primary scrubber to remove insolubles that are relatively low at roughly 2%.

The potash and salt will be separated in a flotation circuit where KCl is recovered from the overflow. The potash will be centrifuged to reduce the moisture content, and then dried in a rotary dryer.

The dry potash will be sized over screens and the fine product (standard) stored. The coarser portion (granular) will be stored separately.

One advantage of building a new mill is that flexibility is being built in, said Brown. The Picadilly mill can be reconfigured to produce all granular product or other products as the fertilizer market demands.

The Penobsquis mill will receive a new compaction plant and other modifications. A piping corridor and underpass between the two sites will allow the movement of materials and people without the complications of crossing the road.

Despite continuing brine inflows, the Penobsquis mine is in production at a rate of about 800,000 t/y KCl and 600,000 t/y road salt. Mining there will be phased out as the new Picadilly mine comes on stream. 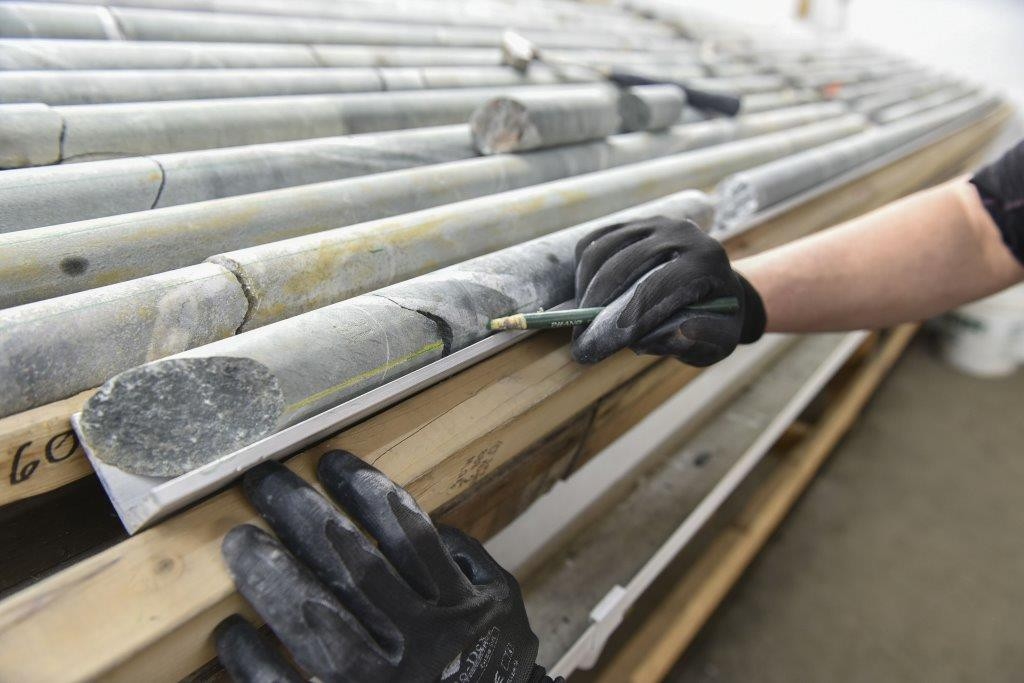