Aguila Copper (TSXV: AGL; OTC: AGLAF) is currently working through historic data obtained on its recently acquired assets located in the Sherridon volcanic-hosted massive […]
By Jackson Chen March 15, 2022 At 11:02 am 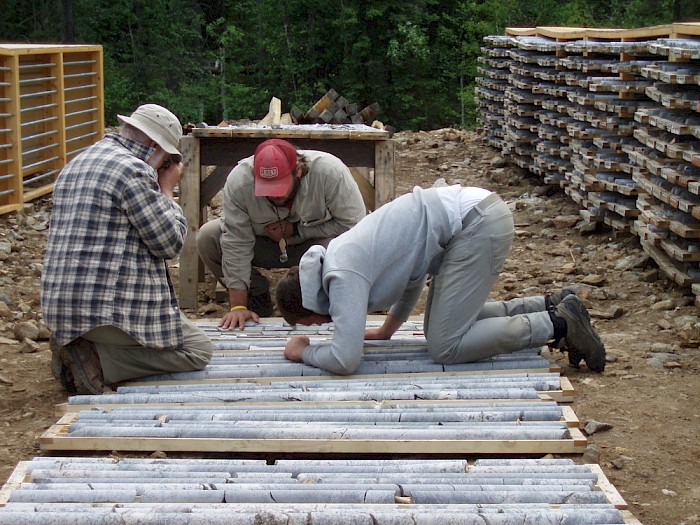 In late January, the company secured the rights to earn up to 90% of 28 mining claims and one mineral lease totalling nearly 5,000 ha in the Sherridon camp. These cover two substantial past-producing copper-zinc-silver mines, four historical mineral resources, and a range of targets where copper and zinc massive sulphide was encountered in drilling.

Sherridon is a notable historic mining area, situated within the prolific Flin Flon-Snow Lake volcanic hosted massive sulphide (VHMS) mining camp, about 65 km northeast of the Flin Flon mining and metallurgical complex. The site is serviced by all-weather roads, a railroad, network power and the small community of Sherridon-Cold Lake.

Subsequent exploration was completed in the vicinity of Sherridon by a range of companies, most notably HudBay Minerals and Halo Resources, the project vendor, which discovered and drilled numerous additional sulphide occurrences including Bob, Cold Lake, Lost Lake, Fidelity, Jungle and Park.

Exploration activity peaked with the investment of Halo between November 2006 and July 2010, which included 159 drill holes, extensive geophysics, metallurgical test work, and estimation of near-surface indicated and inferred mineral resources for the Bob, Lost, Cold, and Jungle deposits. No exploration activity is documented after November 2012.

"Despite historic resources and a rich and high-grade mining history, the Sherridon VHMS project in Manitoba lay unexplored for more than a decade," Aguila's CEO Mark Saxon said. "We are now working through an impressive dataset provided by Halo Resources which is revealing many resource expansion and discovery opportunities."

The Sherridon archive also includes complete data sets of borehole, surface and airborne electromagnetic (EM) and magnetic geophysics. The geophysical data will be reprocessed with modern software and reinterpreted to guide Aguila to targets for future drilling campaigns.

A robust digital 3D model of the Sherridon region has been located in archives, which combined all available historical structural data across the project to a depth of 500 metres. It provides a visualization of ore horizons and other conductive horizons within the Sherridon target sequence.

Exploration programs proposed for the Sherridon area, to be executed during 2022, are aimed to known resources and make new discoveries in this highly mineralized terrane. According to Aguila, these resources are open along strike and down dip and present many follow-up opportunities for expansion.

More details can be found at www.aguila.gold.