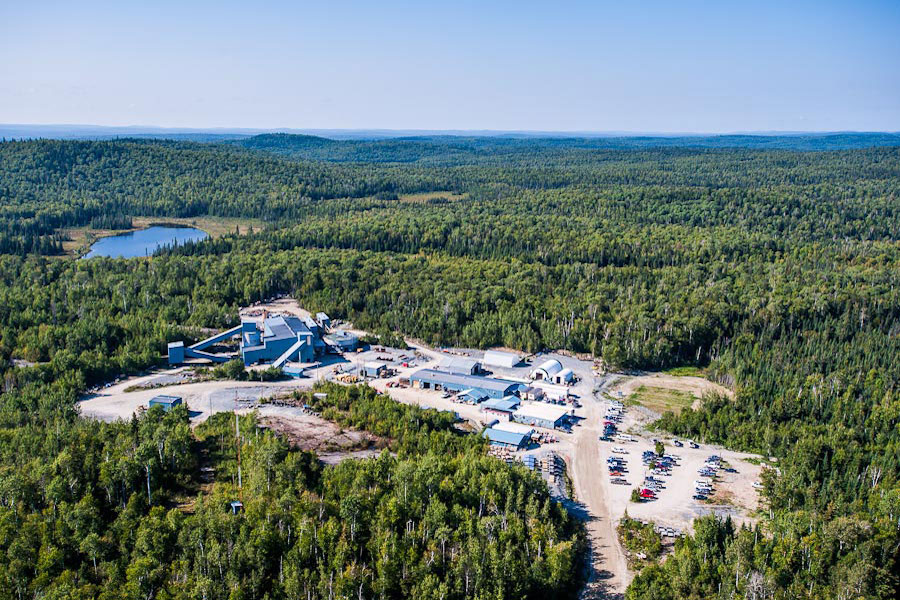 Alamos Gold (TSX: AGI; NYSE: AGI) is set to break ground on the Phase 3 expansion of the Island gold mine, which completed its final permitting milestone in mid-March.

On April 11, Alamos president and CEO John McCluskey was joined by Hon. Greg Rickford, Ontario Minister of Northern Development, Mines, Natural Resources and Forestry; Hon. Todd Smith, Ontario Minister of Energy; and Beverly Nantel, Mayor of Dubreuilville, to participate in a groundbreaking ceremony at the mine.

Located just east of the town of Dubreuilville, 83 km northeast of Wawa in northern Ontario, Island Gold is a high-grade, low-cost underground gold mine that entered commercial production in 2007 and since produced over 1 million oz. of gold.

The Phase 3 expansion involves various infrastructure investments including the installation of a shaft, paste plant, and an expansion of the mill and tailings facility. Pre-sink of the shaft is expected to begin mid-2022.

The shaft expansion is expected to expand Island Gold to 2,000 t/d from the current rate of 1,200 t/d. As outlined in the Phase 3 study released in July 2020, this investment is expected to drive production approximately 70% higher to average 236,000 oz. of gold per year at industry low mine-site all-in sustaining costs of US$534/oz. when completed in 2025.

“Island Gold has been a tremendous acquisition for Alamos Gold. We acquired Island Gold in 2017 at a cost of approximately US$600 million when it had 1.8 million oz. of mineral reserves and resources. This high-grade deposit has more than doubled to 3.7 million oz. and we expect further growth yet," McCluskey commented in 2020.

More information is available at www.AlamosGold.com.