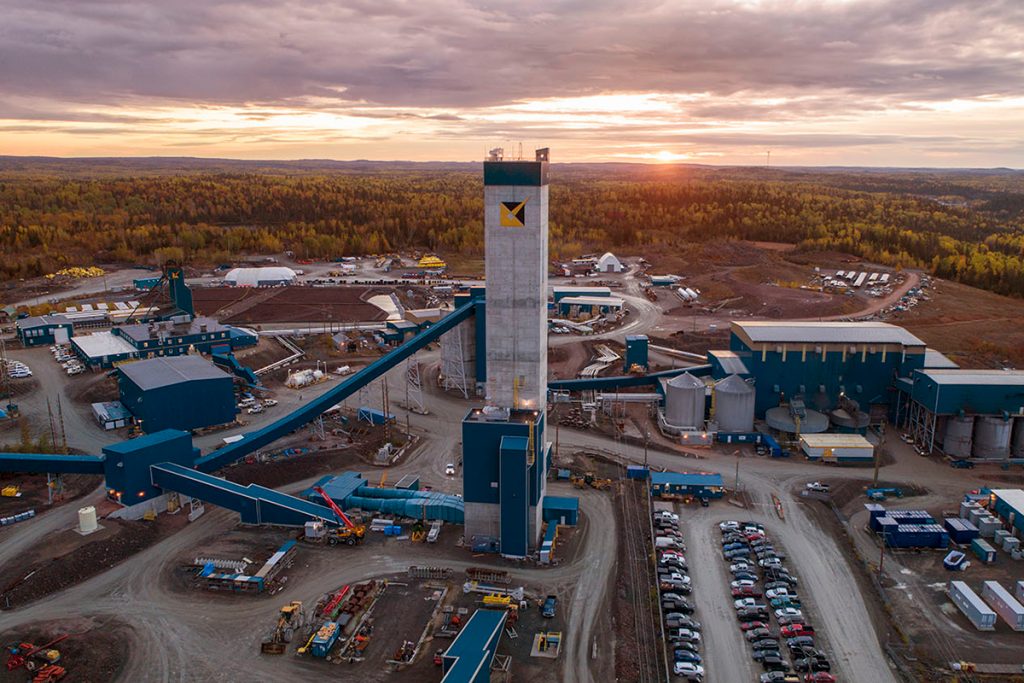 Gold miner Alamos Gold (TSX, NYSE: AGI) has announced record cash flow from operations, both for the fourth quarter and full year, with its 2020 financial results release. Production of 426,800 gold oz. for the year (120,400 oz. in the fourth quarter) is in line with revised guidance for 405,000 oz. to 435,000 oz. The company’s two Ontario underground mines – Young-Davidson and Island Gold – both posted strong performance in the quarter, with record mining rates at Young-Davidson and record gold production at Island Gold.

Earnings from operations of US$227.6 million are also a record for Alamos, and represent an 81% increase over the US$126 million posted for 2019. The release notes that the increase was driven by a 28% jump in realized gold prices.

With fourth-quarter record adjusted net earnings of US$58.2 million, Alamos closed out the year with US$220.5 million of cash and equivalents and US$43.7 million in equity securities, no debt and a US$500-million undrawn credit facility.

The producer also announced a 25% increase to its quarterly dividend, to US$2.5¢ a share, the second consecutive quarterly increase.

“We closed 2020 on a strong note, meeting full year guidance with our highest production for the year in the fourth quarter. This was driven by another record quarter at Island Gold and significantly higher production at Young-Davidson following the completion of the lower mine expansion,” John McCluskey, Alamos president and CEO, said in a release.

In Mexico, the Mulatos open pit was the largest ounce contributor for 2020, producing 150,800 oz. Construction is ongoing at the US$137-million Yaqui Grande project, 7 km from the Mulatos mine. The new site is forecast to start production at a rate of 123,000 gold oz. annually from the third quarter of 2022 at AISCs of US$578 per oz., which would “significantly” reduce AISCs for the district by replacing higher-cost production while keeping annual output around the 150,000 oz. per year mark.

In its annual year-end reserve and resource update, Alamos registered reserves of 9.9 million gold oz., compared with 9.7 million oz. at year-end 2019. This includes a total increase (combining resources with reserves) of 1 million oz. at Island Gold.