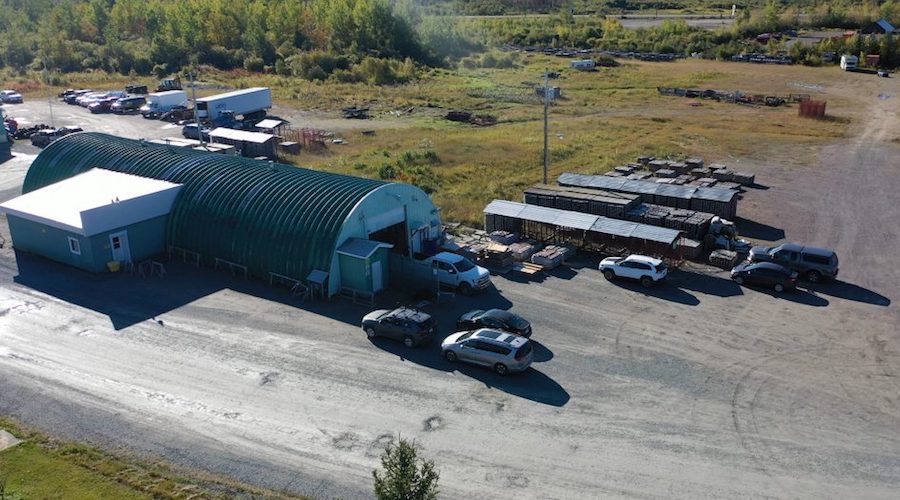 Canada Nickel Company (TSXV: CNC; OTC: CNIKF) has completed the current phase of drilling at its flagship Crawford nickel sulphide mine development project in Ontario, and is reporting assay results from 33 drill holes, including additional assays from the previously announced East zone high-grade core discovery. A further 37 holes have been drilled at Crawford, with assays pending.

The East Zone was originally defined as two separate zones due to the limited amount of drilling included in the May 2021 preliminary economic assessment. Since then, Canada Nickel has drilled 38 more holes, 12 of which are included in the latest set of results. Assays for the remaining 26 are still pending.

The drilling has confirmed that East zone is now defined as a single continuous ultramafic unit mineralized over its strike length of 2.8 km. It averages 200 metres in thickness and has been drilled to a vertical depth to as much as 730 metres, and remains open at depth. The high-grade core was successfully intercepted in multiple holes designed to better define its extent.

At the Crawford Main and West zones, recent drilling consisted of infill drilling to upgrade the resource and expand the resource northwest of the existing Main zone resource estimate. A total of 39 holes were completed, with 21 of those being reported.

Drilling westward from the Main zone has extended the mineralization continuously from the existing resource for a distance of 850 metres to the northwest where it remains open along strike and at depth. This mineralization includes a higher-grade zone as intersected in hole CR21-144 (core length of 69.5 metres at 0.43% Ni starting at 152 metres).

About 400 metres farther to the north, mineralized ultramafic continues to be found such as CR21-130, which intersected 0.24% nickel over core length of 525 metres starting at 32.8 metres, including a higher-grade zone of 0.34% nickel over 33.0 metres starting at 322.5 m. Hole CR22-198 was drilled to a core length of 1.04 kilometres and was continuously mineralized below 39 metres of overburden.

"We are very excited to reach this key milestone of completing this phase of infill drilling at Crawford to support the feasibility study. The Crawford drilling program continued to deliver strong results, with this phase yielding the highest-grade interval to date, a 33% increase in strike length of East zone mineralization to 2.8 km, and further testing of Main zone at depth to more than one kilometre," Mark Selby, chair and CEO of Canada Nickel, said.

"With more than 200 holes now completed – more than three times the drilling utilized in the PEA – we are well positioned to deliver a resource increase by mid-year to support the feasibility study expected by the end of this year," Selby added.

According to the 2021 preliminary economic assessment, Canada Nickel's Crawford project is envisioned as a 25-year operation capable of producing 842,000 tonnes of nickel, based on its estimated measured and indicated resources of 653.5 million tonnes grading 0.26% nickel. To advance the project, the company announced in early March a public offering of $25 million, which has since been upsized to $45 million.

Meanwhile, platinum group metals (PGM) continued to be targeted with five additional holes. These results confirm the association of a PGM zone along the boundary of a gravity high structure that has a circumference of approximately 9.7 km and borders the nickel mineralization in the Main and East zones. Grades and true widths are consistent with previously reported drilling.