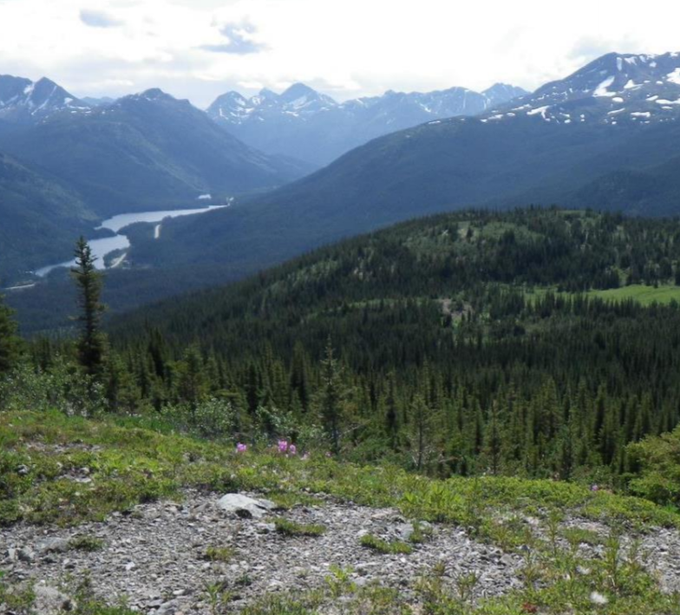 The Cassiar project is nestled in the mountains of British Columbia. Credit: Cassiar Gold.

The hole, drilled at East Bain, also intersected 4.8 metres grading 35.1 g/t gold, including 0.5 metre at 85.4 g/t and the aforementioned 270 g/t gold. The hole is roughly 160 metres away from the historic Bain mine workings. Cassiar Gold says the results confirm the high-grade nature and associated quartz shear vein thickness of the former mine.

Results are pending for three more holes, two of which were drilled 450 metres east of the Bain mine workings.

Cassiar plans to return to East Bain to drill two additional down-dip holes when the current program is completed. It has already completed over 6,000 metres in 15 holes of the planned 21 holes.

More information about the Cassiar project is posted on www.CassiarGold.com.