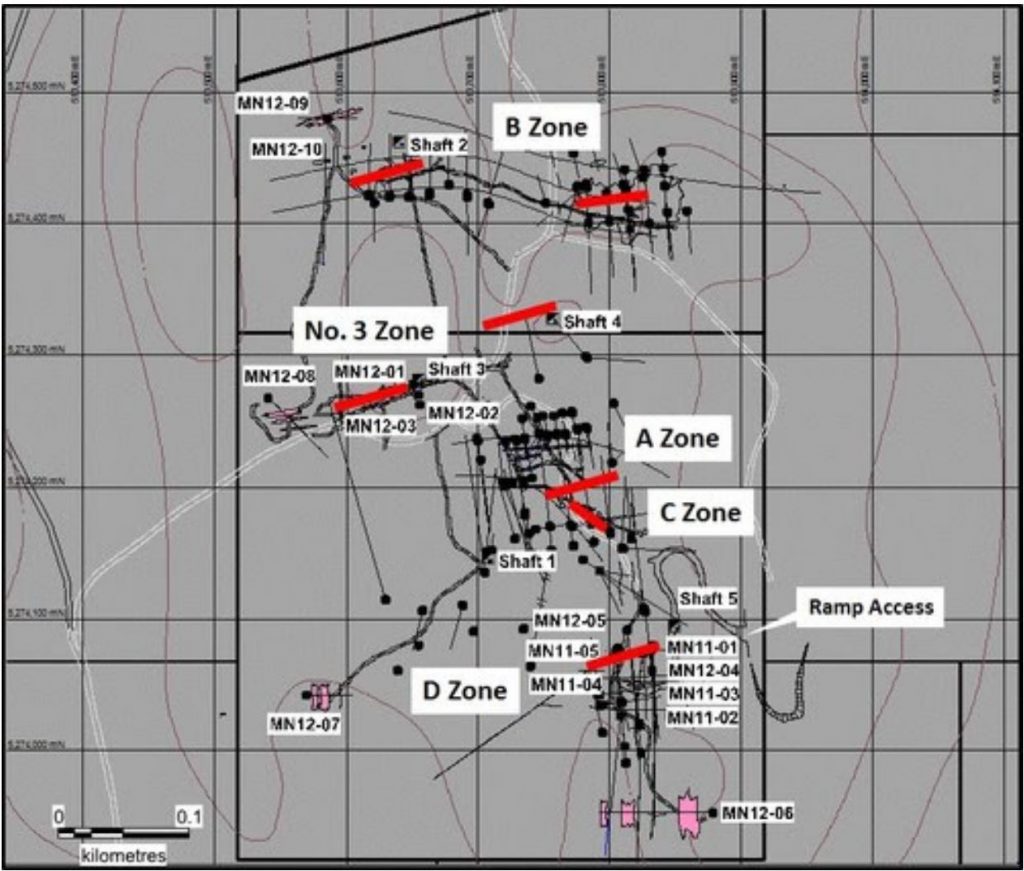 Map of the historic Mann silver mine and drilling done by a previous owner. (Image: Orefinders Resources) Map of the historic Mann silver mine and drilling done by a previous owner. (Image: Orefinders Resources)[/caption] ONTARIO – Toronto-based Orefinders Resources recently acquired sole ownership of the Mann cobalt-silver property in the Cobalt-Gowganda District. The land has nine historic shafts and a ramp driven to the 65-metre level. The Mann mine and its neighbours produced an estimated 500,000 oz. of silver. The silver production had a close spatial and genetic relationship to the Nippissing diabase, says Orefinders. The mineralization on the property occurs in sub-vertical veins. Drilling by the previous owner returned 5.8 metres of 0.34% cobalt including 1.4 metre of 1.12% Co from about 115 metres below surface and 0.20% Co over 0.4 metres at about 111 metres below surface. The same drilling indicated that minable silver grades occurred at much shallower depths. Orefinders has historically focused on gold, but believes the outlook for cobalt in today’s market is worth pursuing. For that reason, it is spinning out a battery metals company that will hold the Mann assets and other similar properties it might acquire. Visit www.Orefinders.ca to enjoy the company’s videos. Click on Drill Bits.