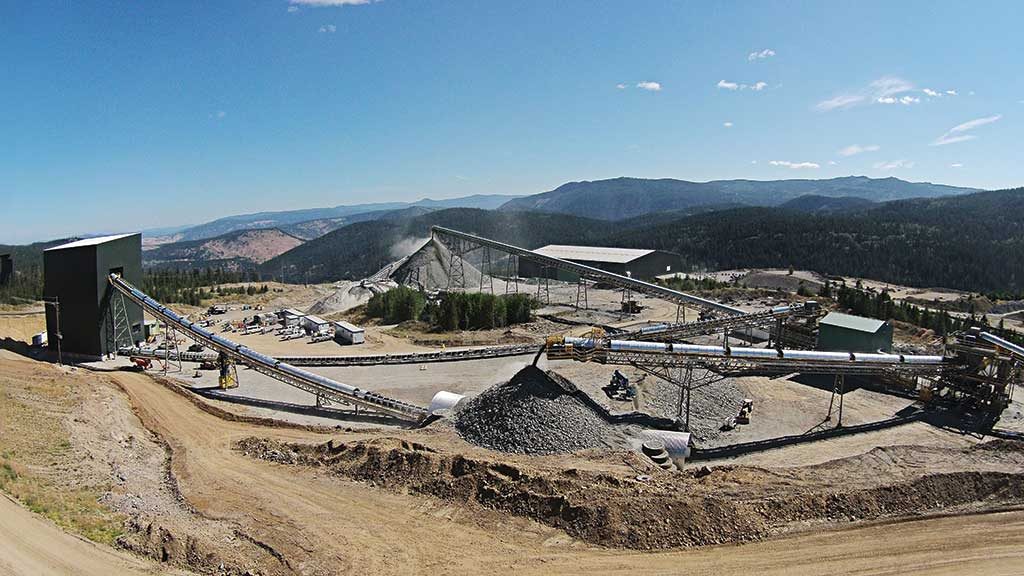 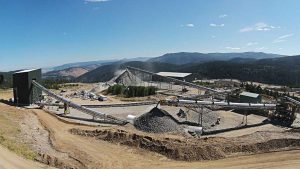 Crusher circuit at Copper Mountain mine Credit: Copper Mountain Mining[/caption] In the third quarter, Copper Mountain Mining’ flagship Copper Mountain open pit mine in B.C., 20 km south of Princeton, generated 23.8 million lb. of copper-equivalent, at all-in sustaining costs of US$1.43 per lb. of copper (and all-in costs of US$1.68 per lb. copper). According to Gil Clausen, the company’s president and CEO, Copper Mountain “posted another strong quarter” and surpassed the expectations in its operating plan. The strong operating performance, led by increased grades and recoveries, is expected to continue into the fourth quarter of 2020. As a result, the miner has lowered its 2020 all-in cost guidance to a range of US$1.85 to US$2 per lb. copper, from U$2.2 per lb. to US$2.35 per lb. previously. The company maintains its 2020 copper production guidance of 70 to 75 million lb. of copper, with 54.5 million lb. of the red metal produced in the first nine months of the year, and expects to meet the higher end of this range. Third-quarter production includes 18.9 million lb. of copper, 6,630 gold oz. and 81,418 oz. of silver. Revenues for the period stand at $95 million, from the sale of 17.8 million copper lb., 6,232 gold oz. and 67,901 oz. of silver. According to the release, revenues benefited from increased sales and higher metal prices. As a result, the miner recorded $47 million in cash flow from operations, before working capital changes, and closed out the quarter with $53.6 million in cash and equivalents, a $24.6-million increase over the second quarter. Copper Mountain recorded a net income of $33.2 million in the reporting period. In March, in response to the COVID-19 pandemic, the company announced a revised mine plan for the pit. The new plan included a 25% reduction in the mining rate to a range of 120,000 to 160,000 t/d from 200,000 t/d previously, to focus on mining lower-cost areas to maintain positive margins at lower metal prices. In addition, the miner deferred the second stage of a planned mill expansion (which would bring the capacity of the plant to 45,000 t/d from 40,000 t/d). The first stage, with a cleaner circuit upgrade and installation of Direct Flotation Reactors, was completed in July. The second portion – installation of a third ball mill – has been postponed to next year. The mill installation is anticipated to start in early 2021, ahead of a commissioning planned for the third quarter of 2021. “Our plan is to continue to build upon our healthy cash position in anticipation of restarting construction of the third ball mill in early 2021, which is the last stage to complete our 45,000 tonnes per day mill expansion project,” Clausen added. According to the executive, the additional mill is expected to increase production by 15% to 18%, from higher throughputs and recoveries, and is the first step of the company’s growth plan. The next step of the plan includes a further mill expansion to 65,000 tonnes per day, with a technical report on the second phase expansion expected  in the fourth quarter. Copper Mountain Mining has a 75% stake in the Copper Mountain mine (Mitsubishi Materials Corp. holds a 25% interest). The miner also holds the development-stage Eva copper project in Queensland, Australia. For more information, visit www.CuMtn.com.