QUEBEC – First Nations in Quebec and Labrador have raised concerns about the reopening of mining operations in Quebec, fearing that movement […]
By Alisha Hiyate April 16, 2020 At 3:28 pm 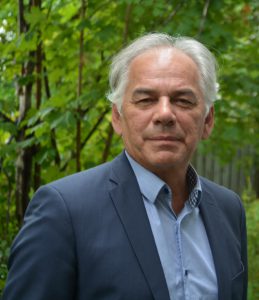 Chief of the Assembly of First Nations Quebec-Labrador, Ghislain Picard. Credit: AFNQL[/caption] QUEBEC – First Nations in Quebec and Labrador have raised concerns about the reopening of mining operations in Quebec, fearing that movement in and out of fly-in/fly-out camps will increase transmission of the novel coronavirus into their communities. In a statement, Assembly of First Nations Quebec-Labrador (AFNQL) Chief Ghislain Picard noted that many mines in the province are located on First Nations territories. First Nations leaders have taken measures to limit access to their communities, which to date, have produced “encouraging results with a relatively stable positive case rate” of COVID-19, reads the release. "We judge that Quebec's decision to allow the resumption of mining operations in a hurry is dangerously compromising the efforts made by our communities to slow the spread of the disease in the regions,” Picard said. “In this regard, the movement and comings and goings (fly-in/fly-out) of mining workers is of great concern. I would also like to reiterate that the pandemic does not exempt governments from their duty to consult." After ordering the closure of mines in the province on Mar. 24, Quebec Premier François Legault added mines to the list of essential businesses earlier this week, allowing mines to restart operations as of Apr. 15. The government mandated mines must operate under strict sanitation and physical distancing measures, and put in place measures to minimize movement in and out of fly-in/fly-out sites, such as lengthening crews rotations to 28 days (up from 14) and the reduction of flights in and out of sites to the bare minimum. The AFNQL stressed the vulnerability of their communities, and noted concern about the message that may be received by mine reopenings. “Resuming activities must not mean a loosening of preventive measures,” reads the release. "In the face of COVID-19, our leaders prioritize the health and safety of our members above everything else, even the economy," Picard said. The AFNQL represents 43 First Nations communities in Quebec and Labrador, representing 10 Nations: Abenaki, Algonquin, Atikamekw, Cree, Hurons-Wendat, Innu, Maliseet, Mi’gmaq, Mohawk, and Naskapi. As of April 9, 40 people from First Nations communities had tested positive for COVID-19: four in Saskatchewan, 11 in Ontario and 25 in Quebec, including five cases among the Inuit of Nunavik. Visit www.apnql.com for more information.