Several months after the pandemic disrupted mining operations worldwide with suspensions, travel restrictions and new protocols, the novel coronavirus continues to cause […]
By Alisha Hiyate July 6, 2020 At 12:12 pm 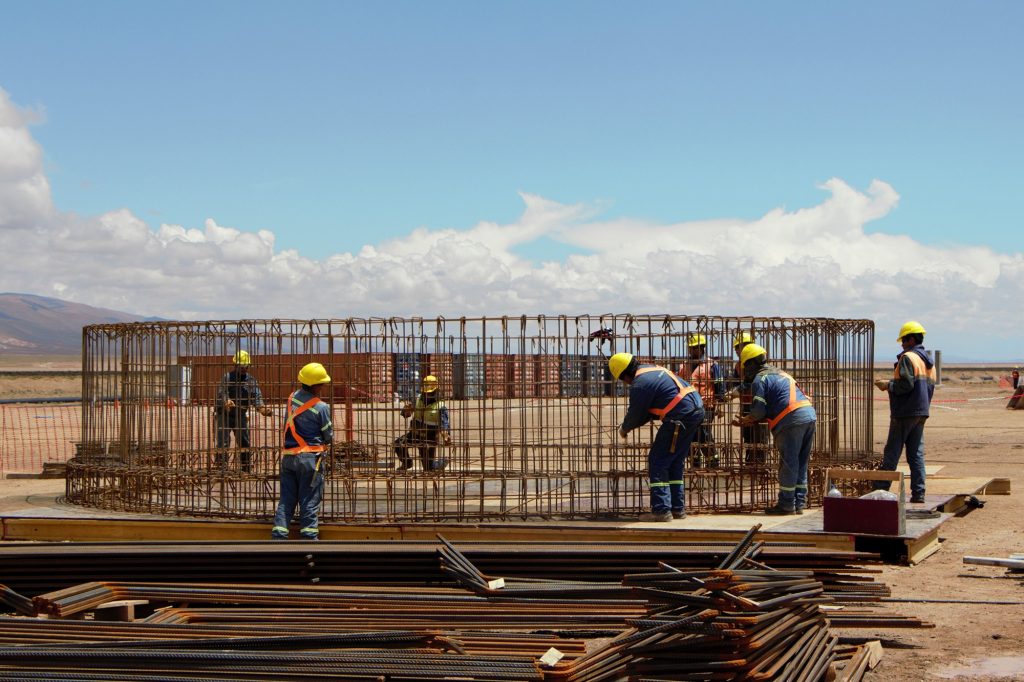 Construction at Lithium Americas' 49%-owned Cauchari-Olaroz project in Argentina earlier this year. Credit: Lithium Americas[/caption] Several months after the pandemic disrupted mining operations worldwide with suspensions, travel restrictions and new protocols, the novel coronavirus continues to cause new disruptions. Most recently, 82 of 298 workers at Trevali Mining's Santander mine in Peru have tested positive for the virus using polymerase chain reaction (PCR) tests. Three are mildly symptomatic with the rest asymptomatic. Operations have been suspended since June 26, when 19 workers tested positive for the virus. All were asymptomatic and placed in quarantine. The cases were initially found through serological testing (quick antibody tests), followed by PCR tests, which identify a current infection rather than previous exposure. The company said it was conducting checks on its existing virus controls, and said new transport options and protocols between the operations and the main areas where workers live will be implemented before a restart. It's also working with its main contractors and with government to put together new screening and testing protocols. Last year, the 2,000 t/d Santander operation produced 70.6 million lb. payable zinc, 11.5 million lb. lead and 600,000 oz. silver. Also in South America, Lithium Americas has suspended construction at its Cauchari-Olaroz project in Argentina after two workers tested positive for the virus using PCR tests. Both were asympomatic. Construction at the project, in Jujuy province, was originally suspended in mid-March as a result of country-wide quarantine, with limited activities resuming in mid-April. At the end of March, construction at the project was 40% complete. Over a 40-year mine life, Cauchari-Olaroz is expected to produce 40,000 tonnes of lithium carbonate annually. Before accounting for coronavirus-related disruptions, construction was expected to be completed in early 2021. Ganfeng Lithium owns 51% of the lithium brine project after investing $176 million in Cauchari-Olaroz. Since the pandemic began, several mine workers have died due to COVID-19 complications at other operations, including one at First Quantum Minerals' Cobre Panama mine, three at Codelco's Chuquicamata in Chile, and one at Impala Canada's Lac des Îles mine in northern Ontario.