The Mining Legends Speaker Series kicked off with an inaugural in-person event in Vancouver featuring mining entrepreneur and Canadian Mining Hall of […]
By Alisha Hiyate and Amanda Stutt May 3, 2022 At 10:00 pm 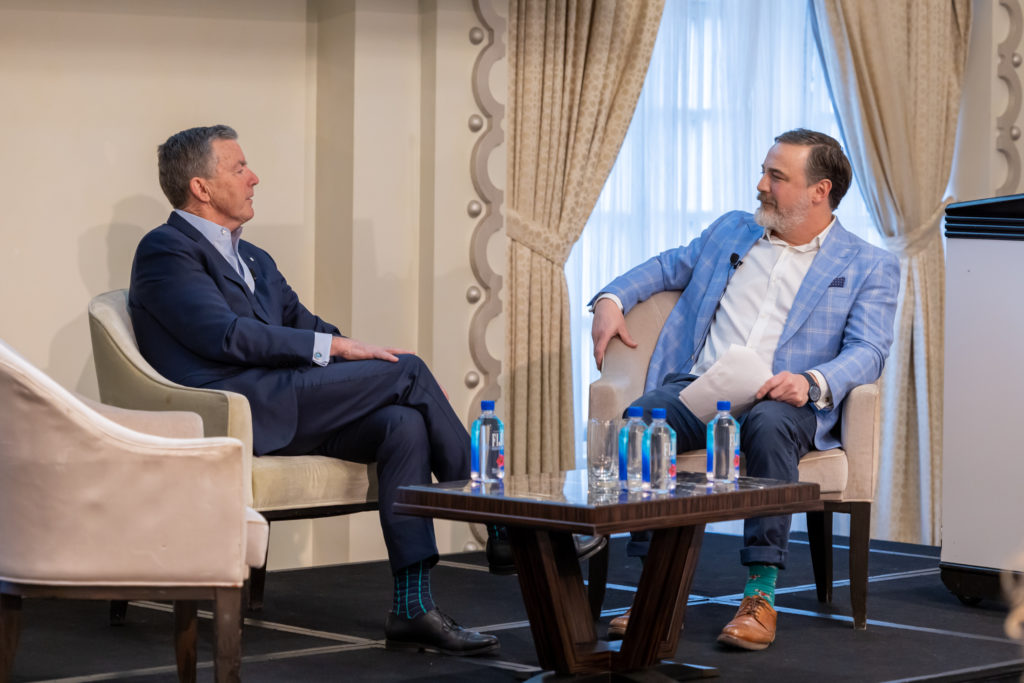 Organized by The Northern Miner, the Canadian Mining Hall of Fame and Young Mining Professionals, the series pairs CMHF inductees with accomplished young talent to bridge the knowledge gap in the mining industry and give the audience a chance to ask questions, share knowledge and discuss the future of mining.

In the first of two parts covering the inaugural event, we’ll focus on what Beaty, one of Canada’s most successful mining entrepreneurs and current chairman of Equinox Gold (TSX: EQX; NYSE-AM: EQX), had to say. What follows are excerpts from the sold-out event, which attracted 100 delegates.

Tickets to the next Speaker Series event in Toronto on June 8 with mining legend Pierre Lassonde and Orix Geoscience president, CEO and cofounder Ashley Kirwan are now available.

Do what you love

Ross Beaty has enjoyed remarkable success as a mine and company builder over his career spanning more than 40 years. In addition to joining the Canadian Mining Hall of Fame in 2018, Beaty is a recipient of the Canadian Institute of Mining past president Memorial Medal and was appointed to the Order of Canada in 2017.