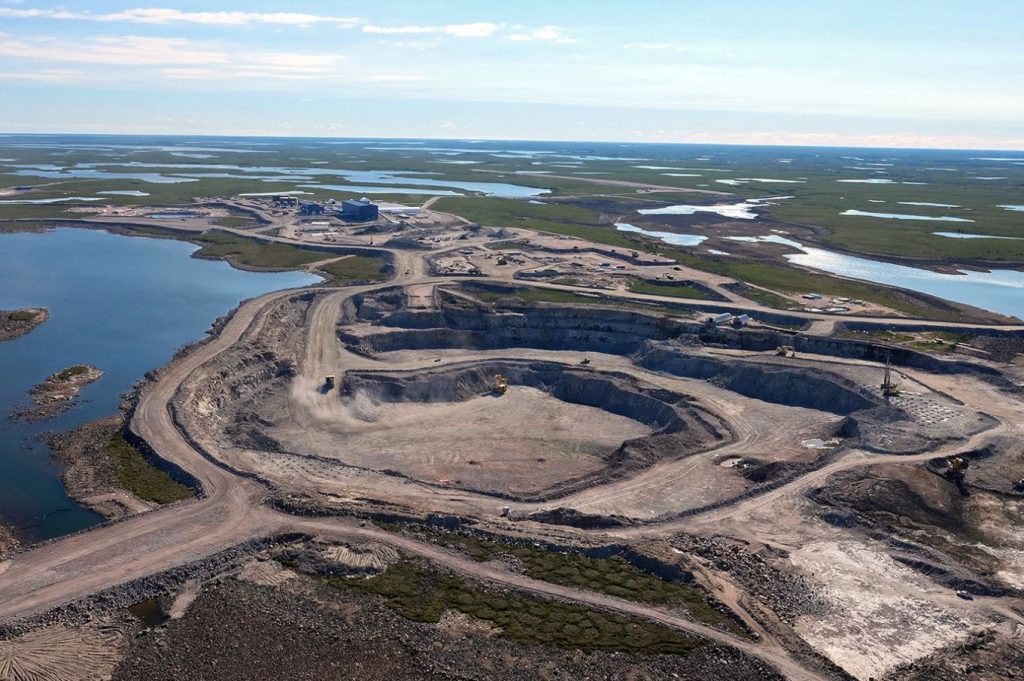 The largest diamond so far recovered from the Gahcho Kue mine weighs 85.65 carats. Credit: Mountain Province Diamonds.[/caption] NORTHWEST TERRITORIES – Two more very large diamonds – 84.65 and 53.90 carats – were recovered in April from the Gahcho Kue mine 280 km northeast of Yellowknife. The mine is a joint venture of Mountain Province Diamonds (49%) and De Beers Canada (51% and operator). Both stones are gem quality. Each month, the partners bid for the fancy coloured and >10.8-carat diamonds, and Mountain Province won the bid in April, including the exceptional gems. The stones will be included in the company’s upcoming sales in Antwerp, Belgium. Mountain Province President and CEO Patrick Evans commented, "The 84.65-carat diamond is the largest gem quality diamond recovered to date and provides further confirmation that Gahcho Kue hosts a population of large, high quality gem diamonds. The 53.90-carat diamond is the highest quality exceptional stone recovered to date and is expected to achieve a record price at tender." CMJ attempted to find an image of the two exceptional diamonds, but the company did not have one. Perhaps it will be made available soon on www.MountainProvince.com.