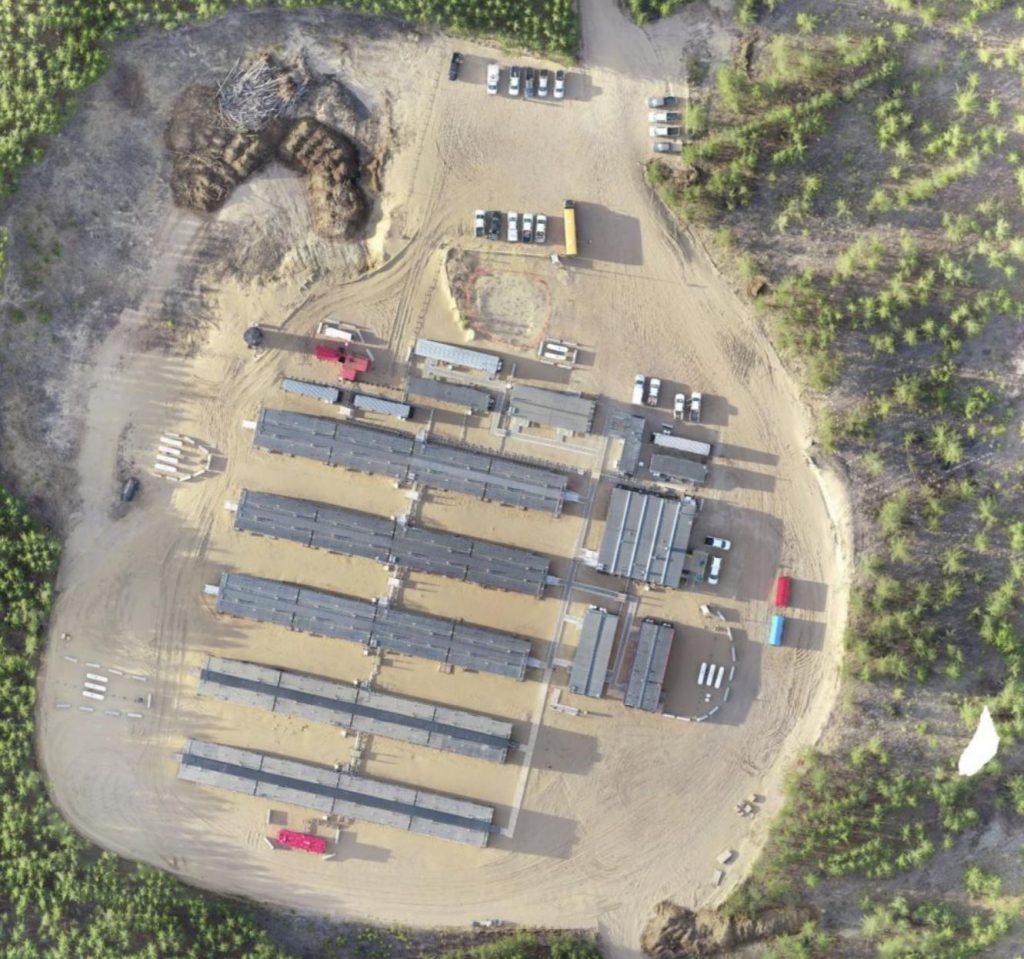 The camp at the Star-Orion South project has been expanded to accommodate up to 150 people. (Image: Star Diamond Corp.

The camp at the Star-Orion South project has been expanded to accommodate up to 150 people. (Image: Star Diamond Corp.)[/caption] SASKATCHEWAN – Star Diamond Corp. of Saskatoon says that Rio Tinto Exploration Canada has completed five of the 10 bulk sample trench cutter holes at the Star-Orion South diamond project near Fort a la Corne. Rio Tinto has an option to earn a 60% interest in the project. Using a trench cutter to take a bulk sample is a novel technique. The cutter, mounted vertically on a cyclone crane, is removing samples from the Star kimberlite. The technique has the potential to revolutionize future bulk sampling and mining of kimberlites. Star Diamond says it takes a couple weeks to cut a trench to a depth of 225 or 250 metres. A dozen or more samples are collected from each trench. The kimberlite is separated, de-sanded and bagged. The bags are then stored in a secure facility until a bulk plant can be built at the site. Final diamond recovery will be done by Rio Tinto at an off-site facility. All 10 holes for the bulk sample will be completed during the 2019 sampling season, says Star senior VP exploration and development George Read. The rate of sampling continues to improve as more trenches are cut. Learn more about the Star-Orion South project at www.StarDiamondCorp.com.