Mining Shared Value (MSV), a non-profit initiative of Engineers Without Borders has released a new study with the financial support of Natural Resources […]
By Canadian Mining Journal Staff October 13, 2022 At 2:42 pm 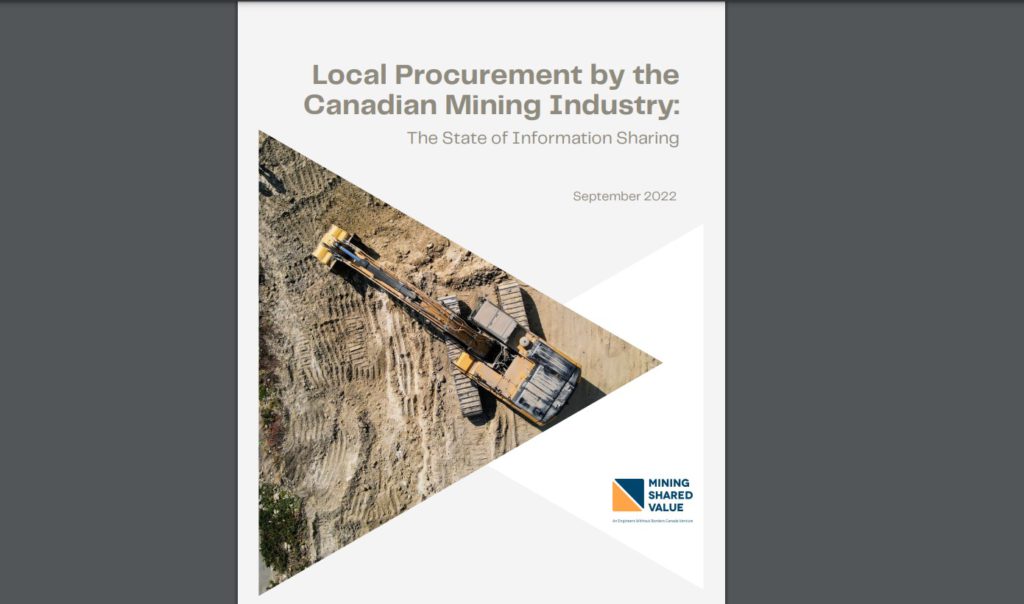 Mining Shared Value (MSV), a non-profit initiative of Engineers Without Borders has released a new study with the financial support of Natural Resources Canada that examines how much information mining companies are providing suppliers and the wider public about their procurement processes.

The sustainability reporting and website of 40 of Canada’s largest mining companies was studied. The study concluded that companies have increased the mount of practical information they supply to suppliers, but significant gaps remain. Such gaps may disadvantage small local suppliers and potentially undermine community relations.

“The motivation for the study was the heightened need for transparency on the topic of procurement of goods and services, as this spending represents a significant contribution to host country economies,” said MSV researcher, Samantha Sheppard. “Of the 40 mining companies assessed, only eight refer to a dedicated local procurement standard, policy, or procedure in sustainability reporting or company websites.”

The study found that many companies are implementing practices that prioritize local suppliers, but in many cases, those practices need to be formalized and reporting standardized.

The study also examined how Canadian mining companies report on their supplier due diligence efforts. In the context of upcoming legislation on supply chain due diligence from the Canadian government, it was found that more companies are disclosing information on this issue. Twenty-one of the 40 companies assessed have a supplier code of conduct, while 11 include language in their corporate code of conduct, or similar policy, which demonstrates it extends to suppliers. However, 16 of the forty companies did not report on any form of conduct code that applies to suppliers, which will raise concerns from ESG rating agencies and regulators.

The purpose of the MSV study is to identify opportunities to improve transparency around the topic of local procurement, and for companies to benchmark reporting against industry peers. Several best practices in local procurement reporting are showcased throughout to highlight where leadership is being demonstrated, and to provide models for companies where there are opportunities to increase information sharing.

The 51-page study can be downloaded for free at the MSV website.