Foran Mining (TSXV: FOM) has released a feasibility study (FS) on the expanded and re-scoped initial mine plan for its 100%-owned McIlvenna […]
By Jackson Chen February 28, 2022 At 1:28 pm 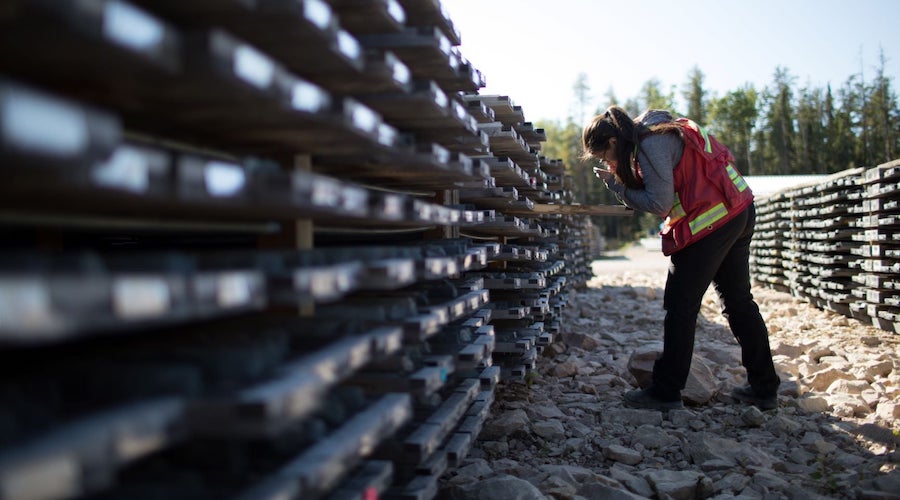 The technical report highlights a robust, long-life operation with average annual production of 72.8 million lb. copper-equivalent over the first 15 years of mine life. By individual metal this equates to 38.8 million lb. copper, 63.6 million lb. zinc, 20,000 oz. gold and 486,000 oz. silver.

The life of mine is 18.4 years, based on probable mineral reserves of 25.7 million tonnes at 2.51% copper-equivalent, a 127% increase compared to the prior mineral reserve estimate. It also represents a 66% reserve conversion rate from the existing 39.1 million tonnes of indicated resources.

Based on current metal prices, the study gave the project a net present value of $1.49 billion and internal rate of return of 46% (both figures after-tax, at a 7% discount rate), with a payback period of 2.2 years. The base case economics showed a pre-tax NPV of $678 million and IRR of 26%.

Life-of-mine copper cash costs are expected to average US$0.26/lb. (net of by-product credits), and all-in sustaining costs to average US$0.90/lb. at base case prices. At current commodity prices, this translates into $4 billion in EBITDA and $2.3 billion in free cash flow over the current life-of-mine.

"The completion of the FS is truly an excellent accomplishment by the entire team at Foran. It is important to be mindful that the study showcases only a snapshot in time of what our initial mine and centralized mill will look like, as we envision scaled expansions and future growth while sequencing in other deposits across the district," Dan Myerson, Foran's executive chairman and CEO, commented.

Earlier this month, Foran announced it has received initial permits for the development of an exploration decline as part of its pre-development program at McIlvenna Bay, which is expected to de-risk the timeline and capital costs to first production.

"As we continue to de-risk McIlvenna Bay with the ongoing advancement of the exploration decline, permitting, project financing, and our continued dynamic exploration campaign, I believe we are still in the early innings of understanding what this remarkable district has to offer. McIlvenna Bay is expected to be the centralized mill that could be expanded in phases as we continue to explore, define and potentially develop near-mine deposits and more within a 50-km radius. Our land package is over 1,450 km², providing us with the canvas to explore in a systematic way. The neighbouring Flin Flon district has been operating for close to a century, and it is our vision to transform the Hanson Lake District into the next multi-decade mining camp," Myerson added.

More information is available on www.foranmining.com