With most major mining assets back up and running after COVID-related stoppages earlier this year, and amidst strong commodity prices, royalty company […]
By Magda Gardner November 5, 2020 At 12:41 pm 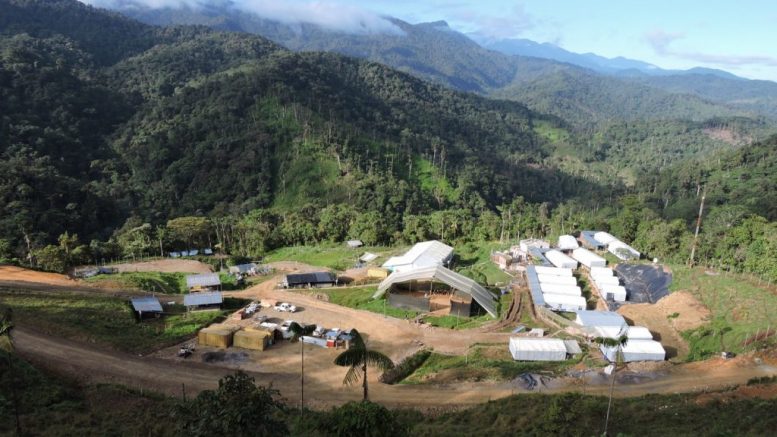 With most major mining assets back up and running after COVID-related stoppages earlier this year, and amidst strong commodity prices, royalty company Franco-Nevada has reported record third-quarter financial results. These include new records in revenues recorded, at US$279.8 million, adjusted EBITDA, which hit US$235.1 million, and net income, at US$153.9 million.

In the quarter, Franco-Nevada sold 134,817 gold-equivalent oz. (GEO), at cash costs of US$290 per GEO. The resulting revenues from mining-related sales stand at US$257 million, with a further US$22.8 million from energy sales.

The release adds that Franco-Nevada continues to lead its peer group with “the highest EBITDA margins” and a record earnings margin of 55% in the quarter.

“It is exciting for the future to see the level of organic growth across our portfolio of producing, advanced and exploration assets”, Paul Brink, Franco-Nevada’s CEO, said in a release.

With strong third-quarter performance, the royalty company expects to meet the high end of its 2020 production guidance range of 475,000 to 505,000 GEOs. One caveat here is a strike at Lundin Mining’s Candelaria mine in Chile, where, on Oct. 28, the miner reported a temporary suspension of operations due to labour strikes by the union. Lundin withdrew its guidance for Candelaria as a result. Franco-Nevada holds a gold and silver stream on the copper-gold-silver mine. If the strike is “resolved and operations resume in the near term,” the company does not expect impacts to its projections for the year.

The company closed out the quarter with US$466.8 million in cash and equivalents and no debt. Its board has declared a quarterly dividend, of US$0.26 per share, payable on Dec. 17 to shareholders on record on Dec. 3. Also in the third quarter, Franco-Nevada issued 144,900 shares under its at-the-market equity program, for net proceeds of US$21.4 million.

In the third quarter, Franco-Nevada added 25 new royalties to its portfolio, for a total of 316 mining-related assets.

Portfolio additions in the quarter include the closing of a 1% net smelter return (NSR) royalty acquisition on all minerals produced from the Alpala copper-gold-silver project in Ecuador for US$100 million. In September, the company also acquired a portfolio of 24 royalties from Freeport-McMoRan for US$30.6 million. These include 1% royalties on Wallbridge Mining’s Fenelon and Northway-Noyon projects, as well as a 2% NSR on the junior’s Martiniere property. Later that month, Franco-Nevada also added a 2% NSR on all mineral production from Gold Fields’ Rio Baker concessions in Chile, for US$5 million in cash and up to US$8 million in contingent payments. These claims cover the extension of the Salares Norte gold-silver deposit.