TURKEY – Centerra Gold has announced that its Oksut gold mine in south-central Turkey achieved commercial production as of May 31. The […]
By Magda Gardner June 2, 2020 At 2:35 pm 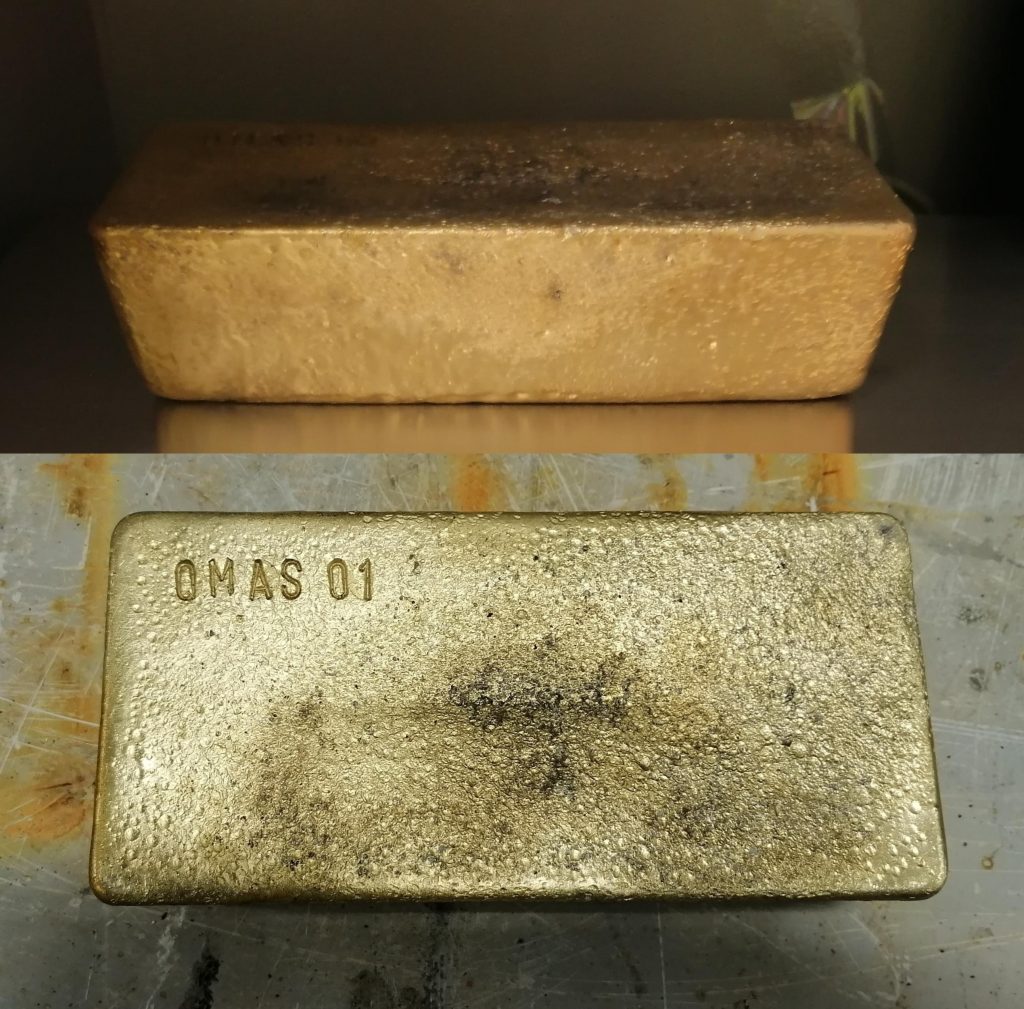 First gold bar from Oksut Credit: Centerra[/caption] TURKEY - Centerra Gold has announced that its Oksut gold mine in south-central Turkey achieved commercial production as of May 31. The heap leach operation poured first gold at the end of January and has been ramping up mining, crushing, stacking and operations at the recovery plant since. “Commercial production at Oksut marks a major milestone for the company,” Scott Perry, the company’s president and CEO, said in a release. “Oksut was delivered on time and under budget. Centerra now has three producing operations which are expected to generate meaningful free cash flow as we continue to deliver growth and value for shareholders.” The 11,000 t/d heap leach operation, 295 km southeast of Ankara, has an 8-year mine life and is forecast to churn out an average of 110,000 oz. of gold a year; this year’s all-in sustaining costs are expected at US$650 to US$700 per oz. Current reserves for Oksut total 28.8 million tonnes grading 1.4 g/t gold for a total of 1.3 million oz. Centerra’s other operations are Kumtor, in the Kyrgyz Republic and Mount Milligan, in B.C. This year, the company expects to produce a total of 740,000 oz. to 820,000 oz. of gold and 80 million lb. to 90 million lb. of copper at AISCs of US$820 to US$870 per oz. For more information, visit www.CenterraGold.com.