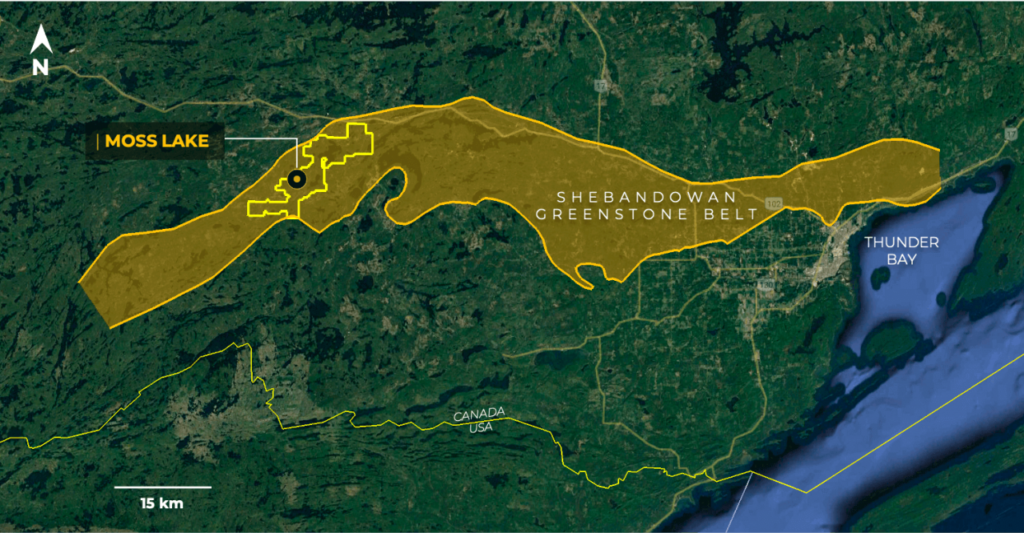 The first hole intersected mineralization over 422 metres true width, which is an increase of 52% over the 2013 historical resource model in that area. The depth extension was doubled in the second hole; mineralization was traced between 100 and 500 metres below the earlier model.

The best intercepts of higher grade zones include the following:

The Moss Lake deposit is a highly altered mineralized orogenic system. Goldshore says it is too early to develop conceptual models for the deposit.

Goldshore acquired the Moss Lake property from Wesdome Gold Mines for $57 million in May 2021. The landholding also hosts the East Coldstream, and Iris Lake deposits, and the Hamlin zone as well as the Moss Lake deposit. The three deposits have historical resources. In the case of Moss Lake, it was estimated in 2013 to contain 1.4 million indicated tonnes grading 1.1 g/t gold and 1.8 million inferred tonnes at 1.1 g/t gold.

Sign up at www.GoldshoreResources.com to receive the company’s news releases.